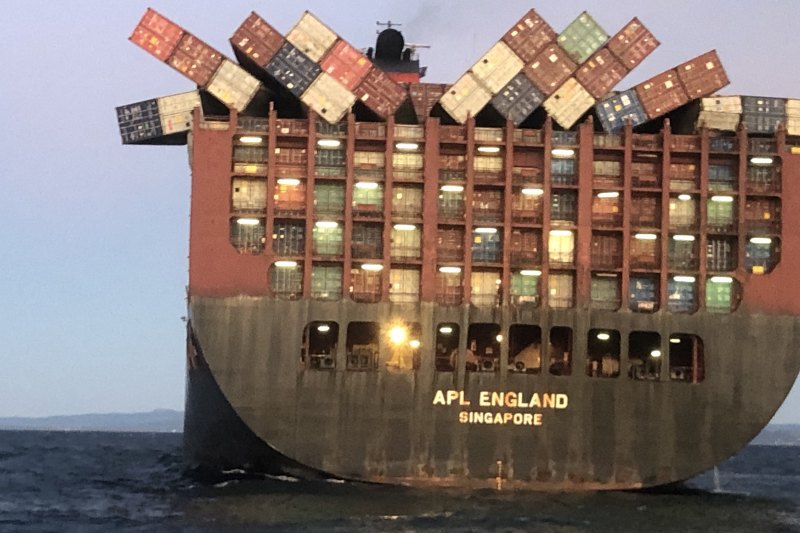 The legal team defending the master of a cargo ship that spilled about 50 containers into the sea off Australia last year has lost its application to cross-examine three experts.

Mohd Bin Alias’s matter was heard in the Brisbane Magistrates Court on Monday. Mr Alias was charged with two offences relating to protection of the sea and preventing a collision with other ships.

The Singapore-flagged ship, APL England, was travelling to Melbourne from China when about 50 shipping containers toppled overboard off the coast of Sydney on Sunday, May 24, when the ship experienced rough sea conditions.

Containers and other debris have washed up on NSW beaches since the ship lost some of its load. Twenty-one of the containers lost at sea were empty while others had cargo including bar stools, food dehydrators, medical face masks, shields and goggles, furniture, range hoods, gazebos and “cat furniture”.

The charges were laid by the Australian Marine Safety Authority.

Magistrate Paul Byrne said the defence criticised AMSA inspector of support operations David McArthur for not venturing closer to the scene for evidence after the witness collected four lashing plates, which held the containers in place.

However, the magistrate dismissed this, believing Mr McArthur was following workplace health and safety directions. “It would be hard for me to be critical of Mr McArthur for not venturing into the actual area of the vessel where more than 20 containers were in disarray having come loose during the incident and some 50 containers went over board,” he said.

About 100 photographs were also submitted to evidence.

Mr Byrne said port surveyor Stephen McMeeking, who observed a different part of the vessel, found the overall condition of the ship was poor. He said the third witness, senior port marine surveyor Francesco Russo, noted “severe instances of corrosion of lashing plates”, which are securing devices for containers, and supported this with a video of the “slack” lashing rods of a container bay and five accompanying photographs. “She observed that almost every lashing used was slack and not locked as per manufacturer’s recommendations,” he said.

Mr Byrne said all three findings were consistent. “I am not satisfied... that there are substantial reasons in the interest of justice that would give rise on any reasonable view to be able to cross examine any of witnesses,” he said. “I refuse the application.”

The matter will be adjourned until a later date.