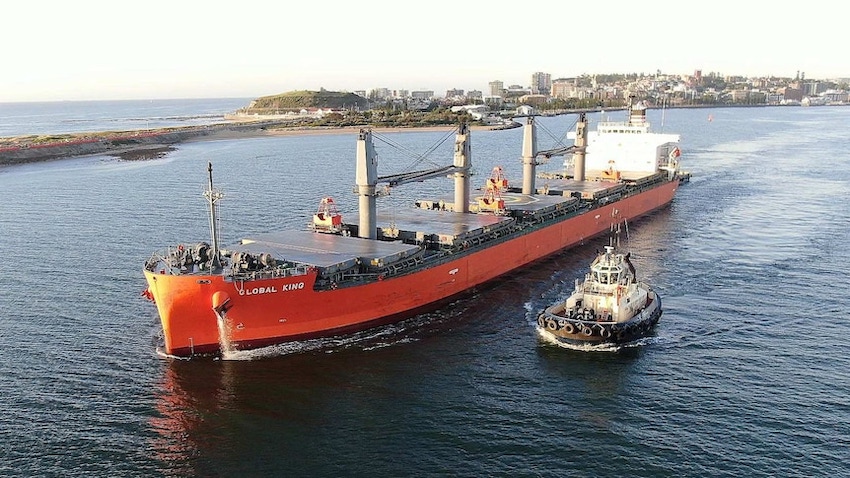 The Port of Newcastle's ambition to develop a shipping container terminal and diversify away from coal has been dealt a major blow in a Federal Court decision handed down today.

The port has been pushing to become a sea freight hub for several years, but its efforts have been impeded by laws that limit container movements at the port. It claims the restrictions were put in place by the NSW government to enhance the sale of Port Botany and Port Kembla.

The Australian Competition and Consumer Commission (ACCC) says the restrictions are illegal and anti-competitive and launched proceedings in the Federal Court.

But today Justice Jayne Jagot dismissed the legal action. Her reasons at this point are unknown because a full judgement will not be published until it is reviewed by both legal parties.

"We are disappointed by the court's decision today in the ACCC's case against NSW Ports," said a Port of Newcastle spokesperson. "Due to the confidential information contained in the judgment it will be some time before we have access to Her Honour's reasons. "Once the judgment is available, we will consider it and provide comment in due course."

It is unclear whether the ACCC will appeal, but the watchdog also expressed its disappointment in a statement. "This judgment provides an enormous hurdle for the Port of Newcastle to develop a container terminal to compete with Port Botany and Port Kembla," chair Rod Sims said. "Less competition usually results in higher charges for businesses and consumers."

The ACCC says the deeds make the development of a container terminal at the Port of Newcastle unviable and "effectively double the cost of moving a container" in Newcastle. "Absent new entry, NSW Ports will have an effective monopoly in moving containers in NSW for 50 years," Mr Sims said. "We took this action to remove a barrier to competition in an important market, the supply of port services, which has a significant impact on the cost of goods paid by Australian consumers. "Such barriers damage Australia's productivity performance. "We will carefully consider the judgment."

'This is not over''
The Port of Newcastle is one of the largest thermal coal terminals in the world. Last year it exported nearly 160 million tonnes of coal, which made up 96 per cent of its trade.

In its pursuit of a freight container terminal, port chair Roy Green has acknowledge the need to diversify given the long-term outlook for coal is an "existential threat" to its operations and the Hunter region's economy.

The state Labor MP for Newcastle, Tim Crakanthorp, said studies had shown a container facility would boost Hunter and Northern NSW exports by $800 million, save local businesses $2.8 billion in freight costs, and create 4,600 jobs. "The ACCC has lost the case, but common sense tells us there's a business ready to spend millions of their own money making the Hunter stronger," he said.  "The government should be letting this happen.
"Now more than ever we need to be laying the groundwork to diversify our economy and the port, and this deal has placed a straitjacket on the Hunter's growth and the port's growth and completely sold out our region. "I want this fight to continue and I will be poring over the reasons given by the Federal Court when they are released.
"This is not over."