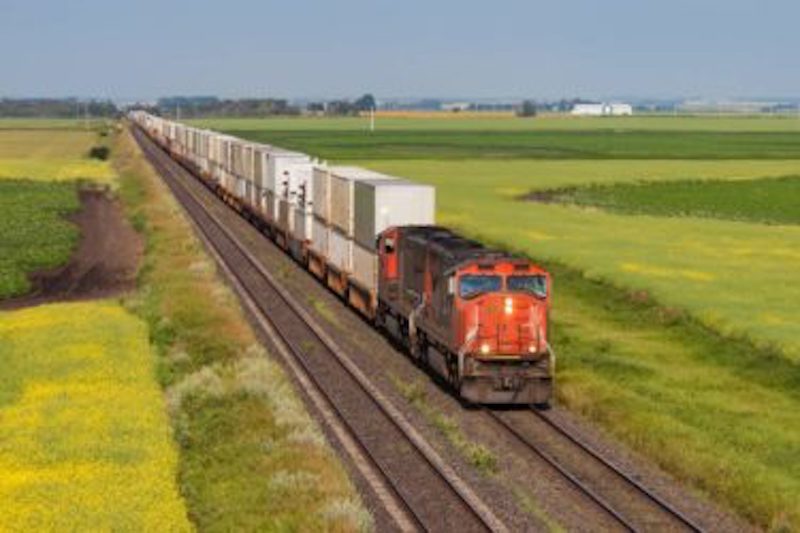 The Rail, Tram and Bus Union has called on Barnaby Joyce as the new transport and regional development minister to block moves to shift domestic containerised freight from Australian trains to ships – specifically foreign-flagged vessels.

RTBU national secretary Mark Diamond said thousands of jobs in regional areas were at risk from a departmental proposal to further deregulate coastal trading laws, which would allow foreign ships to compete for domestic freight work.“The proposals put forward by his new department will make it easier for foreign-flagged vessels to operate in the Australian domestic freight market and compete directly with local rail operators,” Mr Diamond said. “But it will be far from a level playing field: overseas shippers don’t have to pay Australian wages or meet Australian workplace standards.” The changes in coastal shipping policy Mr Diamond was referring to are outlined in the Department of Infrastructure, Transport, Regional Development and Communications’ September 2020 discussion paper on the subject.

The paper proposes changes to the way cargo vessels are regulated under the Coastal Trading (Revitalising Australian Shipping) Act 2012.The issue was raised in federal Parliament on Thursday during Question Time when Senator Glenn Sterle asked Senator Linda Reynolds (representing Mr Joyce) why the Morrison government is “promoting the use of foreign-flagged coastal ships, putting at risk the sovereignty of Australia’s supply chain, risking jobs and devastating the ability of the Inland Rail project to attract the required private investment to make it work?”Ms Reynolds referred to the discussion paper and said nothing in it is yet final.“Opening the coast, a strategic fleet or high-cost subsidies will not be considered,” she said.“The options suggested in the discussion paper are focused on achieving administrative efficiencies within the current system.”The discussion paper proposed several key changes to the act, including the removal of five- voyage minimum for temporary licences, the automatic approval of temporary licence applications where there is no approved general licence route or cargo nomination, and others.

Mr Diamond said the RTBU is concerned these reforms, if adopted, could see the end of trains carrying containerised freight in Australia.“That means the National Party’s flagship infrastructure project, Inland Rail, is at risk of becoming a massive white elephant before it’s even built,” he said. Mr Diamond said Mr Joyce should start by ruling out any changes to coastal shipping that undermine the rail industry “Looking forward, rail workers want to see a level playing for the transport of containerised freight in Australia, and an industry plan to support growth in this sector into the future.”

In the meantime, the Maritime Union of Australia has been prosecuting a campaign calling for the establishment of an Australian strategic fleet.The MUA recently organised a protest rally in Canberra, calling for more support for Australian seafarers.MUA national secretary Paddy Crumlin said shipping was an essential industry that was the backbone of the nation’s economy, but the federal government was making a choice to allow Australia seafarers to be replaced with “exploited foreign workers”. “The Morrison government hasn’t just stood by and watched the decline of Australian shipping, they have actively approved the replacement of Australian ships with foreign-flag vessels,” Mr Crumlin said. “As an island nation, we need to be reliant on ourselves, which means having a strategic fleet that can ensure our fuel security and keep essential goods supplied during a conflict, economic crisis, or pandemic. “Australia is a great trading nation with a fantastic merchant navy tradition, yet the Morrison government continues to preside over the demise of Australian shipping for purely ideological reasons.”