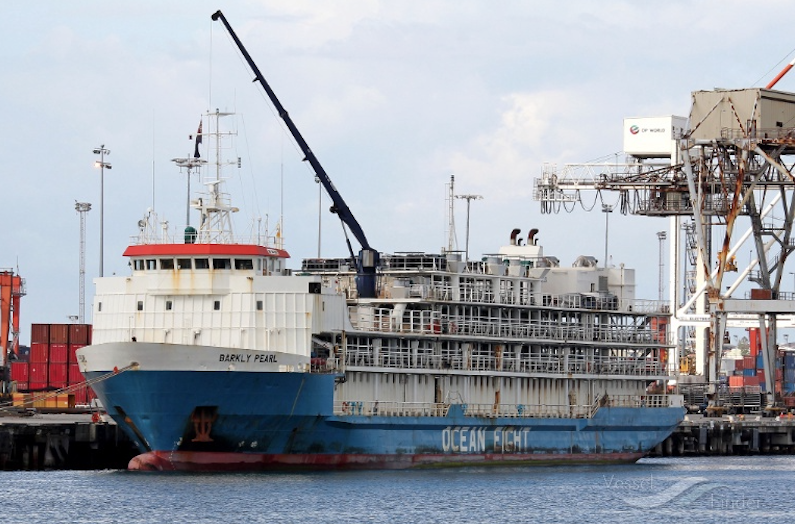 With an average of 41 years of age, the vessels are considered to significantly contribute to sea pollution, while at the same time causing high risks for the crew and animals. Most of them are registered under black flags of convenience and approved as seaworthy by dubious companies.

The study is based on the overview report “Welfare of Animals Transported by Sea” published by the EU DG Health and Food Safety which listed 70 livestock carriers approved by one or more member states. In addition, 10 vessels approved by Portugal are considered, two of which are already approved by Ireland.

According to the report, only five of the 78 EU-certified vessels were built for the transport of live animals, while the others were previously used as containerships, ferries, or freighters.

“The global average age for scrapping vessels is 30 years. The evaluated vessels, however, already averaged 29 years when they were converted into EU-approved livestock carriers. They already had one ship’s life behind them,” the groups wrote in their report.

These vessels pose an above-average safety risk for the maritime sector, the report states.

Moreover, 55 per cent of vessels sail under flags from risk and high-risk countries, according to the Paris Memorandum of Understanding on Port State Control (Paris MoU).

53 of the vessels have been detained multiple times by Paris MoU port state control, and more than two-thirds of the them are classed by non-IACS class societies.

The privatized open registry of Togo, ranked third from the bottom of the black list, is the most popular flag service option.

Given these systemic concerns, the NGOs asserted that the European Commission is not doing enough to regulate livestock carriers that call at EU ports.
“This new study proves once again that live animal export is not a correct practice with regards to animals, humans and the environment. The only solution is to revise the Transport Regulation to limit as much as possible the unnecessary suffering that live transport implies,” said Reineke Hameleers, CEO, Eurogroup for Animals.

“With our No Animal Left Behind campaign we’re calling on the Commission to forbid live export to third countries and intra-EU long distance journeys, and to set species- and category- specific requirements for the remaining journeys.“

In February 2021, Australian Maritime Safety Authority (AMSA) announced that the maintenance and operation of livestock ships exporting animals from Australia will be under the intense compliance spotlight in the next period.

The move came after a number of serious incidents involving livestock carriers occurred over the past few months, including the incident with Marshall Islands-flagged Barkly Pearl that was sailing with a hole in its side.

Two months ago, the government of New Zeland announced that the export of livestock by sea will cease following a transition period of up to two years.

Live exports by sea represent approximately 0.2 per cent of New Zealand’s primary sector exports revenue since 2015. New Zealand has exported just one voyage of sheep in the past 13 years.

Unlike Australia, New Zealand does not export live exports for slaughter, only for breeding.