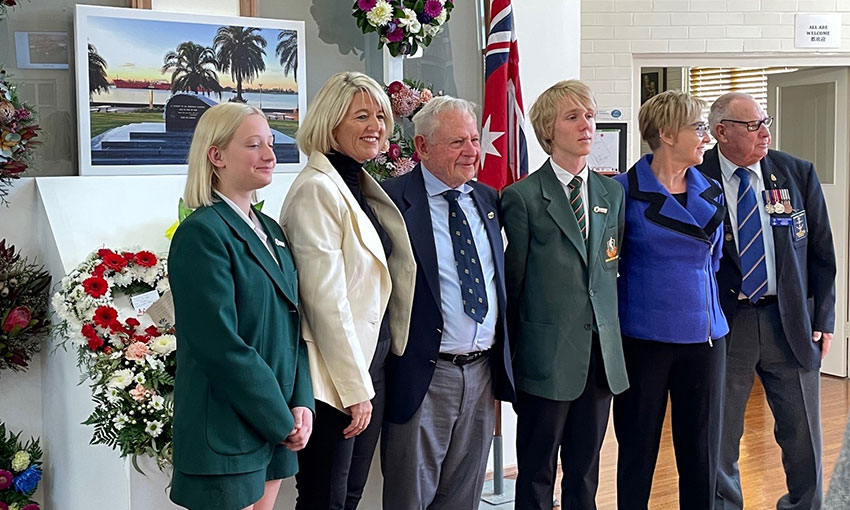 A MEMORIAL service was held this past Saturday (5 June) in Newcastle to remember those merchant mariners who died during wars.

The Mission to Seafarers Newcastle building was full; the service was attended by those families directly affected by loss during the war and those connected to the local maritime community.

Captain Jon Drummond was MC for the service, and he was supported by Iain Steverson and Alan Budd from the Newcastle Merchant Navy memorial service committee.

This year’s service honoured the US Army Small Ships Section. Many Australian seafarers served on these small shallow-draught Australian and New Zealand vessels during WWII – notably in the New Guinea campaign.

Federal member for Newcastle Sharon Claydon delivered a moving speech about the significance of this memorial service for merchant mariners and the feature story of the US small boats.

State MP for Swansea Yasmin Catley and state MP for Charlestown Jodie Harrison, amongst many others, represented maritime and ex-serviceman organisations, including the Australian Maritime Safety Authority and the Maritime Union of Australia. Newcastle Deputy Lord Mayor and fellow councillors represented the city council and the mayor’s office.

The 1st Sea Scouts from Belmont attended, along with the Lake Macquarie concert band, and the amazingly talented singer Beth Traynor lead the group through the hymns.

The newly purchased public address system for this service, that was funded by an Australian Mariners Welfare society grant was well received and commented on by the audience. Much appreciation is extended from the merchant navy memorial service committee for this support.

Next year’s service will be held on Saturday 4 June at 11am.