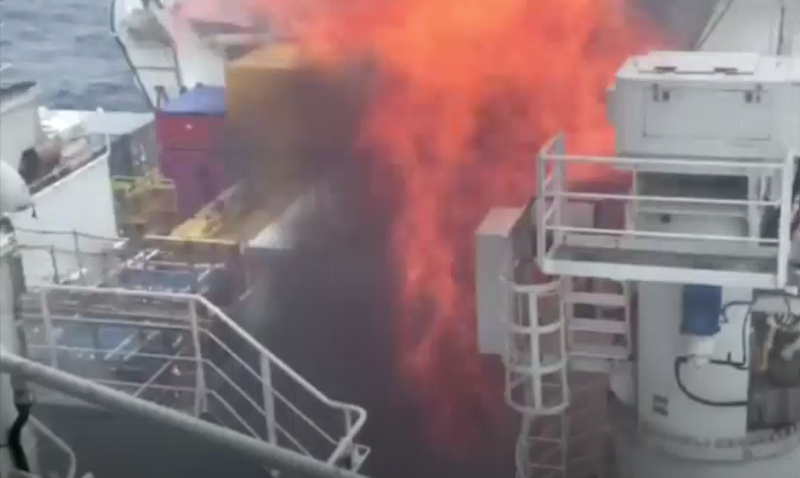 Two crew members of an Antarctic supply ship donned "fire suits" to battle a blaze on board, with the rest of the crew spending three hours on deck in the Southern Ocean, a report has revealed.

The MPV Everest had departed for Hobart after a 17-day mission to "effect a changeover of Australian Antarctic Division (AAD) station personnel and conduct station resupply and refuelling operations via helicopter", the report stated.

The ship had begun its return journey to Hobart — 3,328 nautical miles (6,163 kilometres) away — when the incident

The ATSB noted the ship — an "ice-class" multi-purpose construction vessel built in Singapore 2017 — had a "multi-national crew of 37 personnel from 12 countries including Polish, Dutch, Russian and Indonesian nationals" along with 72 expeditioners at the time of the fire.

The ATSB said the MPV Everest's master and doctor were in the master's office, a deck below the navigation room, about 11am, when they saw large flames "erupting" from the open louvres in the port engine room's exhaust casing.

"The master hurried up to the bridge and raised the alarm by announcing on the ship's public address system that there was a fire, instructing crew and expedition staff to report to their emergency muster stations," the report noted. "As expedition staff began mustering at their stations on the forecastle deck, the ship's crew were preparing fire-fighting equipment and hoses."

The ATSB report said crew members "attempted to extinguish the burning watercraft, boundary cool the exhaust casing and douse the flames from it with fire hoses". "A team of two crew equipped with fireman suits, self-contained breathing apparatus and fire hoses attempted to shut the louvred fire dampers on the outside of the casing with limited success. "Some expedition staff also joined the firefighting efforts by manning some hoses." 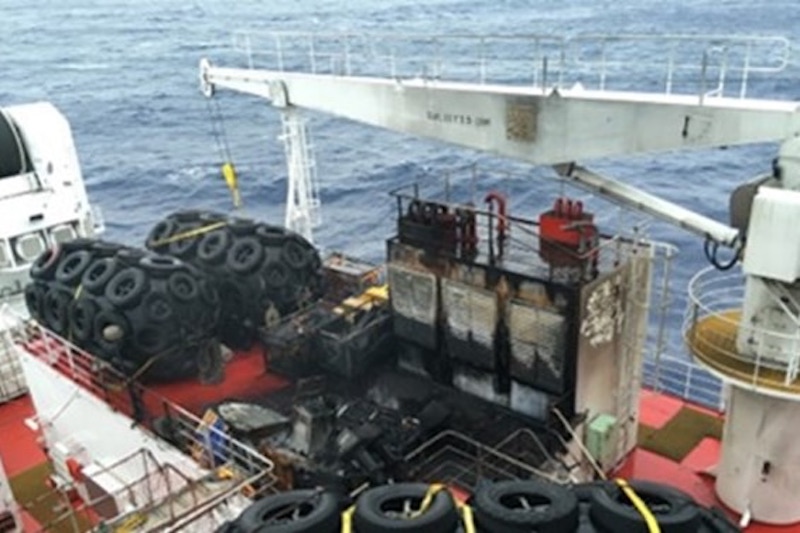 The fire destroyed two inflatable rubber boats and other equipment stored on the deck and overloaded an engine in the starboard engine room, causing a complete power outage.

Ship's crew who had been on deck since the alarm was raised at 11:00am were stood down about 2:00pm, the report said.

The MPV Everest arrived in the Western Australian port of Fremantle in April after being escorted into port by a support vessel. 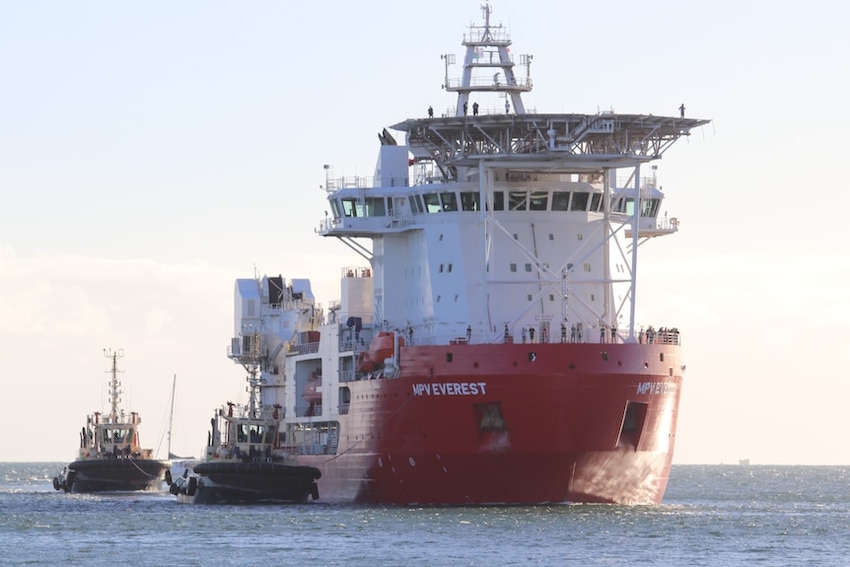 The Australian Antarctic Division's Charlton Clark said last month that the fire had been "a traumatic experience" for all crew and expeditioners onboard.

The ATSB is yet to release its final report into the blaze, which will probe the exact cause of the fire, the MPV Everest's communication processes and the performance of firefighting equipment.

In February, a fire in the ship's battery store was put out with a handheld extinguisher.