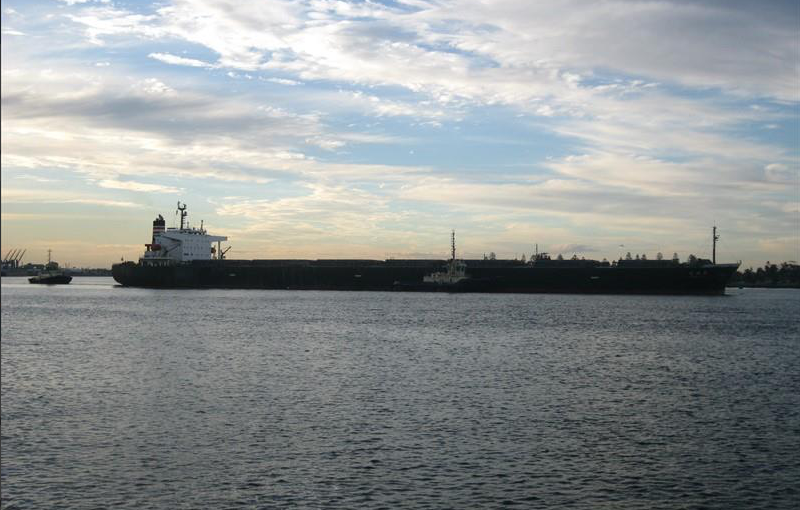 A ship engaged to carry bauxite from Rio Tinto's operations on Cape York has been detained by Australian authorities for exposing its crew to "appalling conditions" including food and water shortages.

The Movers 3 is one of two Aswan Shipping carriers under detention in the country for multiple breaches of the Maritime Labour Convention.

The Panama-flagged bulk carrier was inspected last month by the Australian Maritime Safety Authority (AMSA) and found to have a defective freezer.
"[That] was resulting in unsafe and insufficient food stores for crew, and dwindling fresh water supplies," AMSA's executive director of operations Allan Schwartz said. He said Aswan Shipping had displayed "continued reluctance" to address food shortages and its health and safety obligations towards crew, prompting Rio Tinto to step in.

Ship's cook quits
Movers 3 arrived in Weipa, North Queensland, with 22 crew, but the cook requested to be repatriated on arrival and a search is underway for a replacement.

In a statement, Rio Tinto said the ship had been chartered by one of its customers to transport bauxite to China. "The welfare of the crew is Rio Tinto's primary concern," the company said. "We have provided fresh provisions to ensure the health of the crew while we work with authorities and our customers to have the ship owner address issues raised by AMSA."

Second ship detained in NSW
Meanwhile, the crew from another Aswan ship were held in New South Wales, after conditions on board were deemed to be in breach of the Maritime Labour Convention.

"AMSA inspected Maryam on February 19, 2021 and identified dozens of deficiencies, including issues with the ship's engines and defective generators," an AMSA spokesman said. "As a result of the lack of power, there was no electricity or air conditioning onboard the ship. "Twenty-three of 36 deficiencies remain outstanding, including repair work on generators, which are awaiting parts."
The ship has been detained for nearly two months at Port Kembla