Modest men of the sea offer a lesson in nobility 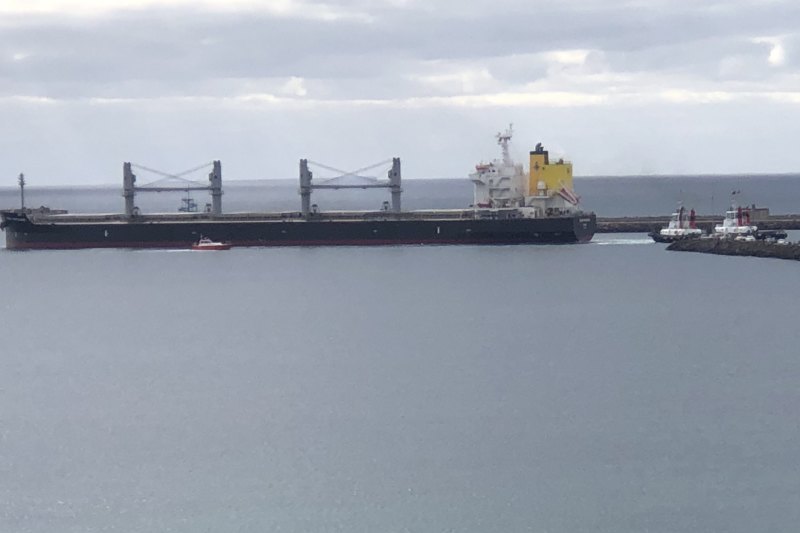 We sat on a clifftop, watching a ship in distress. It’s not something you could say often these days, though most of us live by the coast on an island continent. And you might imagine a ship in distress would be tossed on stormy seas, ever closer to a jagged reef.

The ship that had us transfixed, however, was stationary at the mouth of our local harbour, the port of Portland, the sea calm. Yet it was definitely in trouble. Loaded with 45,000 tonnes of wheat about to sail for Singapore, the Medi Portland, registered in Panama, had run aground.

The port’s two tugboats, the Cape Grant and the Cape Nelson, named for great seafarers, raced to the rescue.

You can’t have a ship blocking the entry to a port. Soon, it was feared, a wind would rise, turning the high steel side of the vessel into a sail and forcing her onto the rock breakwater metres away

It’s been a long time since there was a shipwreck in the cruel waters of far south-west Victoria, though there are reminders everywhere of past disasters. If you know where to look beneath the sea, old spars of lost ships lie as shadows in the sand.

There is a stone shed above the harbour once used to store rockets that shot lifelines to crews trapped on foundering ships. The prized possession of the local maritime museum is a lifeboat that in 1859 travelled with its crew from Portland into South Australia, where it saved from vicious seas the last 19 survivors from the wreck of the Admella.

And so when a ship went aground last weekend, locals lined the cliffs and a nearby breakwater, aware that here was drama, even if there were no wild seas or cries of misery. Many of those watching knew enough of the sea to recognise that a hull supporting tens of thousands of tonnes is designed to slide through water but not to teeter upon the seafloor. It had to be taken off, and quickly.

Sheepdogs of the sea, you might call the tugs. They seemed puny alongside the bulk carrier, though each has a 12-cylinder diesel motor capable of producing 1400 horsepower. Ropes were affixed to the stern of the ship, and the tugs bellowed in reverse, their screws boiling the sea. - Nothing doing.

One of the tugs strained so hard it stood for a moment on its nose. But the ship stayed stuck on sand that wind and tide had apparently shifted, unseen, into the shipping channel. And so began a long battle of strategy and tactics.

One tug dashed to the starboard bow, pushing with all its might. The other put down its head and butted the ship’s stern. More ropes were attached and discarded. More butting occurred. The tugs swirled around the carrier, trying this, trying that. And little by little, the squat tugs - each just 29 metres long and 10 metres wide - began winning what seemed an absurdly lopsided tussle. They got the ship, 200 metres long and 32 metres wide, squirming on its sandbank.

And after two hours of struggle, the Medi Portland shrugged clear. Led by a small pilot’s cutter - the pilot was aboard the Medi Portland, effectively in charge of the vessel and, you’d imagine, sweating hard - the ship steamed out to the bay and dropped anchor, there to await inspections by divers and an investigation by maritime authorities. 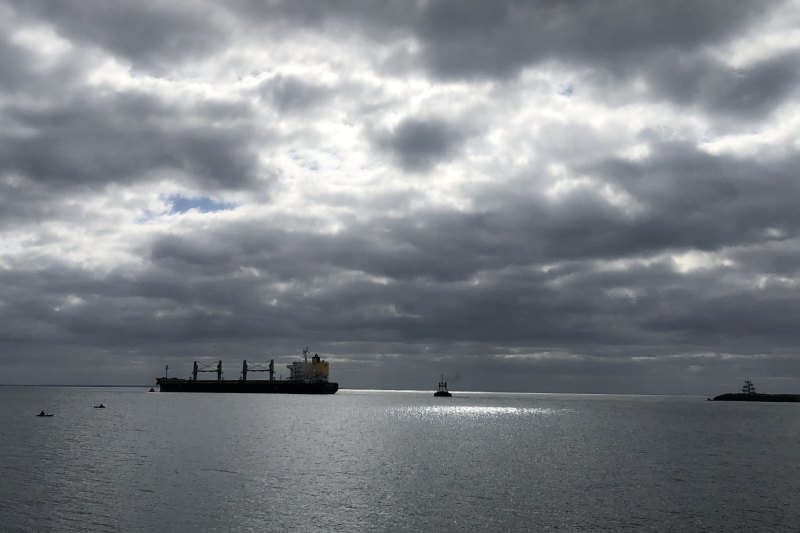 The Cape Grant and the Cape Nelson rode jauntily back to port, to cheers from those who had crowded a breakwater to watch the rescue. The tugs’ captains waved and grinned a bit. Here, I thought, was a modest nobility: skilled seafarers going about their work in a situation that might bring the rest of us to despair.

There are plenty of unsung heroes around: people who put down their heads and get on with tough and even overwhelming assignments, not expecting acclaim.
But there are the other sort, too.

As I watched those tugs battling away I thought, perhaps weirdly, of millionaire tennis players who had so recently inserted their performances into the national consciousness, winning the adulation of children. A lot of the players went about their chosen work in an admirable way, of course. But what of those who made it part of their job to smash tennis racquets, sometimes multiple racquets, when frustration built or - worse - when they thought mayhem might unsettle their opponents and change the momentum of a game?

I have a bias here. A few years ago, after my parents died, I was packing up their house with its view across the sea where, day after day, they took pleasure in watching tugboats escorting big ships to harbour.

On the top of an old wardrobe I found my old tennis racquet. It was given to me when I was a schoolboy by my grandfather, who had used it during his own school days early last century. It was made of wood and strung with catgut and it came with a frame that tightened to prevent warping. I had treasured it through the years of my youth. - Who could imagine themselves so entitled that they would smash such a thing?

Better, really, if we are looking for heroes, to admire the attitude of the unheralded who, after achieving much, offer a modest wave and steam on.