Would you spend $90b on this submarine? 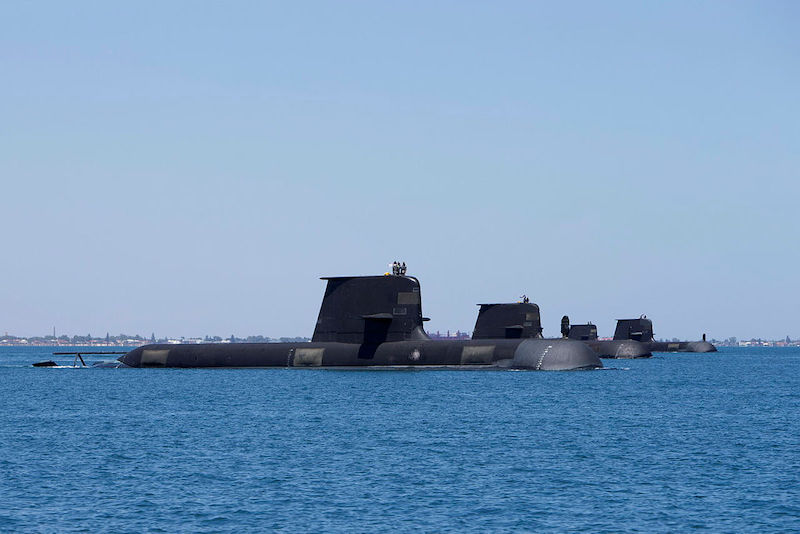 We don't know exactly why Malcolm Turnbull's government chose the French to build 12 submarines for the Royal Australian Navy.But the most expensive military contract in the nation's history seems to have been determined by sound.

The French proposal for what may be the largest non-nuclear submarine ever had one crucial advantage over similarly priced competitors: it will thread its way through ocean canyons more quietly, according to the Australian Strategic Policy Institute (ASPI), a Canberra think tank partly funded by the Defence Department. Stealth is the most important attribute of submarines. Whether French underwater jets will keep Australia's almost 100-meter-long submarines undetected by the People's Liberation Army Navy is impossible to predict. The submarines haven't been designed yet.They are, though, the subject of fierce debate, which looks likely to intensify as the government considers whether to cancel the contract with France's Naval Group – a deal a decade in the making.

WHY 12 SUBMARINES ?
A underwater arms race is under way in the Pacific and Indian oceans, and Australian military planners don't want to be left behind. China has 66 submarines, some nuclear-powered and some nuclear-armed, and plans an extra 10 by the end of the decade, according to the US Office of Naval Intelligence. India and Pakistan, which share an ocean with Australia, may also have nuclear-armed submarines. Japan and South Korea are enlarging their fleet. Liberal and Labor political leaders agree that submarines are one of the most potent weapons available, and Australia needs them as a deterrence. Labor prime minister Kevin Rudd pushed 12 in 2009. Liberal successors Tony Abbott and Turnbull stuck with his plan. Typically, any navy will only have the resources to send one-third of its fleet on missions at any time. Given the huge amount of sea surrounding Australia, proponents say 12 is a proportionate number for a middle-sized power such as Australia.

IS 90 BILLION TOO MUCH ?
One of the project's biggest public critics is long-time national security journalist Brian Toohey, who says the submarines are "ludicrously expensive". He would prefer Australia buy smaller German models and deploy remote-controlled underwater vessels. When the project was approved in 2016, the Defence Department said the submarines would cost $50 billion to build. This figure was an estimate excluding inflation, which could take the price to $90 billion. Operating and maintaining the subs until 2080 would cost another $50 billion, excluding inflation, and $145 billion in total, according to the parliamentary library research service.Defence Minister Linda Reynolds wants a promise to have Australian suppliers contribute at least 60 per cent of contract value for the new submarine. While the figures sound huge, ASPI estimates the construction cost at $1.5 billion to $2 billion a year, which is less than 6 per cent of the annual defence budget.

WHY NOT BUY AN EXISTING DESIGN ?
Sometimes called off-the-shelf submarines, Swedish, German, Japanese and other models already is existence would be much cheaper and could be built a lot faster. The rejection of existing designs – a Japanese-built version was the only one considered – is sometimes seen as evidence of waste or business capture of the defence bureaucracy. Defence analysts respond that existing diesel-powered subs are one-quarter to one-third the size needed for the long-range missions required by the Royal Australian Navy, which would prefer to threaten or spy on adversaries far from home. They say the navy would have to change how it operates by keeping its submarines close to Australia or rely on friendly nations in south-east Asia, such as Singapore, which could change their minds at any time.

WHAT IS GOING WRONG WITH THE FRENCH ?
The government is unhappy that Naval Group has not settled on arrangements to hire Australian contractors, which are supposed to do 60 per cent of the work, according to Australian Financial Review journalist Andrew Tillett. The details were meant to be sorted last year. Now, they may take until 2022, a delay that might extend beyond the next federal election. Tony Abbott supported buying a Japanese submarine, but it might have caused political problems. Being seen to build much of the submarines in Australia is an important political objective. One of the reasons a Japanese model wasn't chosen, despite support from Abbott, the then prime minister, was because it would be built in Japan, according to ASPI. A lack of local skills and equipment increases the cost of domestic work and means the subs will take longer to build. Naval Group has reported difficulties recruiting staff and finding Australian companies that can help design and build the subs. Its website is advertising for accountants, computer programmers, project managers and a France-based propulsion engineer.

DOESN'T AUSTRALIA HAVE A TERRIBLE RECORD OF OPERATING SUBMARINES ?
The existing fleet of six, known as the Collins class, doesn't have a great reputation. Only two are usually operating at a time, and it took years to sort out problems with engines, combat systems and faulty welding on the hulls. The Collins submarines were the first built in Australia, and created a perception that the Navy lacked the skills for complex engineering projects. In recent years, the navy has sought to rehabilitate the subs' reputation. Four are usually available, and they are as dangerous as any similar submarines in the world, according to analysts briefed by the Defence Department.Perceptions of the Collins submarines are important because they will be required to stay in service longer while the navy awaits the French replacements. The first new submarine, known as the Attack class, is due to hit the water in 2034 – the 12th not until 22 years later.