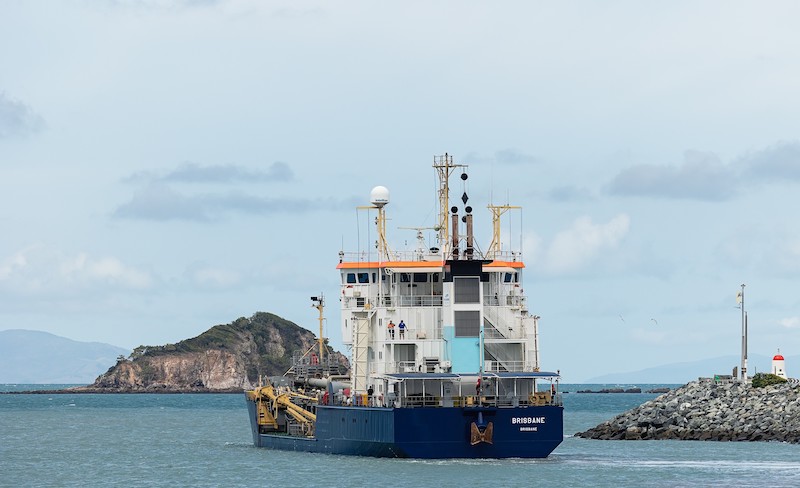 Maintenance dredging at the Port of Mackay has been successfully completed on schedule.

NQBP Chief Executive Officer Nicolas Fertin said the specialist dredging vessel TSHD Brisbane would depart the port today after commencing dredging operations earlier this month. “The completion of the dredging ensures our port can continue to keep trade flowing through the New Year and beyond.”

NQBP continued its rigorous environmental management program including monitoring of water quality, seagrass and coral communities, with no incidents occurring.

About 140,000m3 of natural sediment was removed from the Port of Mackay and placed at the approved Dredge Material Placement Area (DMPA), 2km north of Slade Islet.

Throughout the dredging, NQBP engaged with key stakeholders including the Mackay Technical Advisory and Consultative Committee (TACC). Members of the TACC include conservation groups, Traditional Owners, scientists, community, port users, and Commonwealth and State Governments.

While dredging has been completed, minor bed-levelling works will continue into the New Year.

Mr Fertin thanked the Mackay community for their patience during the project and commended their approach to safety. “Safety is at the forefront of everything we do, so we are pleased to report that no safety incidents were recorded,” Mr Fertin said. “Our thanks go to Volunteer Marine Rescue Mackay for assisting NQBP to spread our safety messages before and during the maintenance dredging.”

NQBP has managed the maintenance dredging program at the Port of Mackay for more than 60 years.

The dredging works are part of a $17m package of infrastructure works being completed over the financial year, enhancing the port’s capacity to facilitate current and future trades