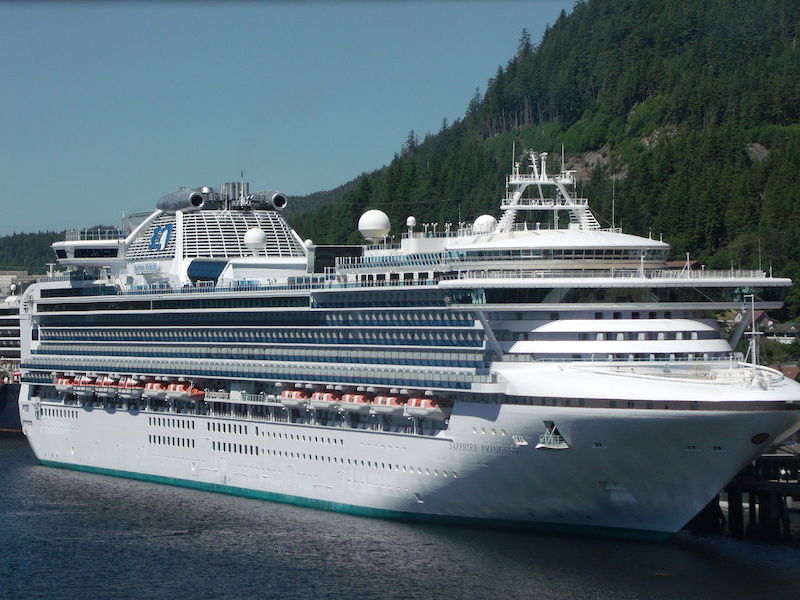 On 17 December, the Australian government’s ban on cruise ships is set to expire. Since the Ruby Princess debacle, which resulted in 28 deaths and at least 854 passengers contracting Covid-19, cruises have been halted in Australia.

Cruise companies are optimistic low community transmission and fewer restrictions mean they will be able to restart in Australia soon. But many – including epidemiologists and the operators themselves – are urging caution.

A lot is still up in the air. Here’s what we know about the industry and what might happen when it restarts.

Where are these cruises going ?
There are a number of cruises scheduled for as early as March 2021, with tickets currently available for purchase. Royal Caribbean is selling tickets for a two-day cruise on 13 March 2021 that departs and returns to Brisbane. Company Princess, which operated the ill-fated Ruby Princess, is offering a two-day cruise on 23 October 2021 on the 2,670-capacity Sapphire Princess, departing from Sydney bound for Melbourne. There is also a three-day cruise scheduled to begin on 29 October on the Coral Princess, from Sydney to Newcastle to Brisbane.

More dates are planned in later months, and Princess recently ran a sale for December 2021 cruises. Even earlier than that, operator Viking is selling tickets to a cruise from Sydney to Bali, set to take off on 3 March. If it goes ahead, it will take 14 days and cost $7,995 at the cheapest.

However, there is currently a ban on overseas travel for all Australians (with some exceptions for necessity, humanitarian reasons and employment). This means there is currently a ban on overseas leisure cruises, and cruises such as Viking’s may be cancelled. A spokeswoman for Viking told Guardian Australia the company is “currently reviewing all Q1 sailings and will be updating all our booked passengers accordingly”.

The managing director of the Australian branch of Cruise Lines International Association, Joel Katz, told Guardian Australia the industry would focus on domestic routes first. Katz described 2021 as a “carefully controlled, phased resumption”. “Initially this would involve domestic cruises for Australians only while international borders are closed,” he said. “This may also involve intrastate cruises for local residents only, within state borders, depending on travel restrictions. At the appropriate time, this could be extended to any trans-Tasman or regional ‘bubbles’.”

What precautions will they take ?
Katz has promised all cruises will require Covid-19 testing of all passengers and crew prior to boarding.

The association has laid out a range of other new precautions for cruises, including:
*Ships, passengers and crew will quarantine for 14 days after they return to Australia.
*Passengers will have to fill out health declarations and undergo contact history screening.
*Daily temperature checks on board for passengers and crew.
*Limited passenger numbers on board.
*Venue restrictions and social distancing on board.
*No self-service buffets.
*Ventilation strategies to increase fresh air.
*Staggered embarkation and disembarkation processes to reduce crowdin

Will they actually restart ?
It depends. Domestic cruises can technically start from 17 December, if the ban ends. That itself is not guaranteed, and cruise ship companies say they do not know if it will be lifted for certain. The ban had previously been due to expire on 17 September, but on 3 September the federal health minister, Greg Hunt, announced it would be extended. And even if the ban is lifted, the ships are currently stationed overseas, mostly in the Philippines, and will take some time to be brought back to Australia. Cruise companies are making plans, but their cruises are “flexible” and may be cancelled or rescheduled.

Katz told Guardian Australia: “The industry will need further clarity from governments and health authorities before exact resumption times can be confirmed, and so we are seeking an agreed pathway towards resumption so that operators can plan ahead. “Cruises in 2021 and beyond are available to book, and most cruise lines have introduced flexible booking options to give their customers confidence given current uncertainties.

A spokesman for Carnival, which operates Princess cruises and Carnival cruises, said: “Princess Cruises’ first cruises aren’t scheduled until spring 2021 but depending on developments it is possible that other cruise lines might be able to resume earlier than this.”

Who will be on board ?
Before the Covid-19 pandemic, cruise ships had a mostly international crew – with many passengers also flying in from all over the world to board at different ports.
Passengers on the Ruby Princess, for example, hailed from the US and the UK, even though the ship sailed only from Australia to New Zealand. Katz said 2021 cruises would still involve international crew, but they would be tested and quarantine in Australia before the cruises began. “Cruise lines are proposing advance testing and quarantine arrangements so that crew and ships can return to Australia,” he said.

Is it safe ?
Clinical epidemiologist Dr Fiona Stanaway from the University of Sydney told Guardian Australia the safety measures would “reduce risk” but “will not eliminate it completely”. “Screening tests for Covid can sometimes come back with negative results in people with the virus, particularly at the early stages of infection,” she said. “Temperature checks can also miss people as not everyone with Covid gets a fever and there will be people without Covid that could have an elevated temperature.”
Stanaway said cruise ships always remained “high risk” compared with other activities. “You have a large number of people in a contained environment so there is high risk for transmission,” she said. “Having 1,000 people together, say, in an outdoor venue for a sporting event for a couple of hours is very different to having 1,000 people together for a week in a fairly contained environment.” She said international cruises at the moment would be “extremely high-risk given the high rates of Covid-19 in other countries”. “Risk would be lower for cruises only taking Australian passengers, using Australian (or previously quarantined international) crew and stopping in Australia – but it’s still not zero.”