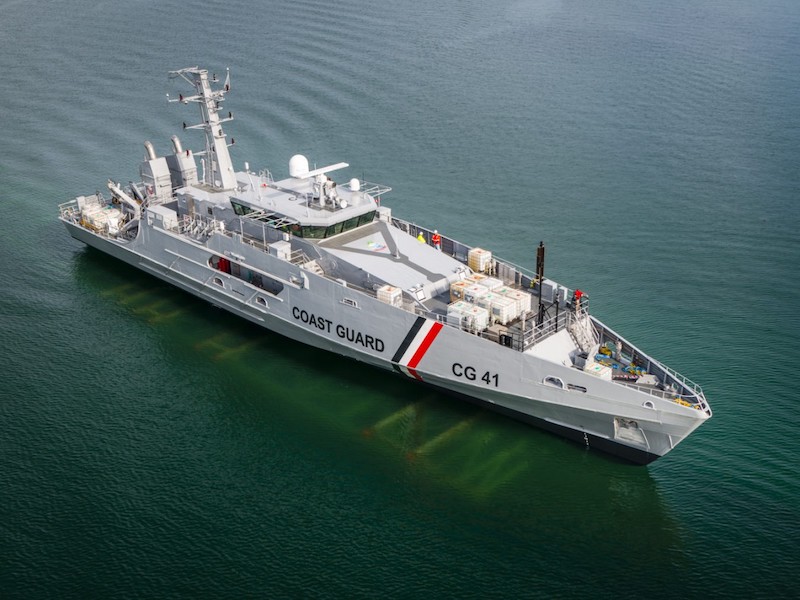 Austal Limited is pleased to announce that Austal Australia has launched the first of two Cape-class Patrol Boats for the Trinidad and Tobago Coast Guard (TTCG), under construction at the Company’s Henderson, Western Australia shipyard.

Under a A$126 million contract awarded by the Government of the Republic of Trinidad and Tobago (GORTT), Austal is constructing two 58 metre Cape-class Patrol Boats for the TTCG, scheduled for delivery in the first half of 2021.

The new TTCG Capes are based on the 58 metre aluminium monohull patrol boat, first developed by Austal in Australia for Australian Border Force. The vessels have a 4,000 nautical mile range and 28-day patrol cycle, with a crew of up to 22. Each Cape is equipped with two high-speed 7.3 metre rigid hull inflatable boats used for intercepting other vessels.