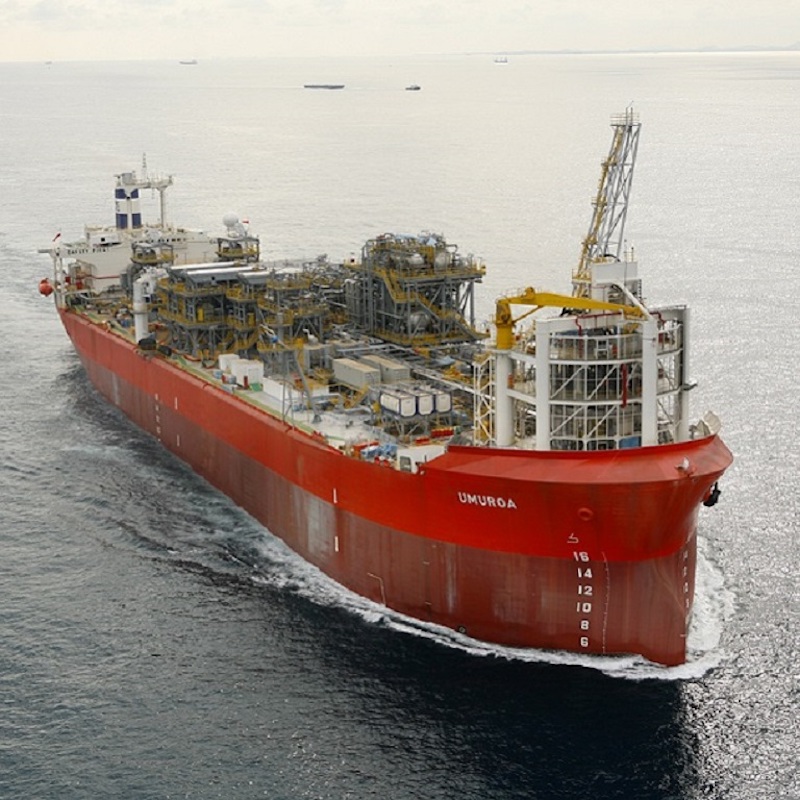 The Board of Directors of BW Umuroa Pte. Ltd. (BWU), a wholly owned subsidiary of BW Offshore, on Thursday (Oct22) resolved to place BWU into voluntary liquidation. BWU is the owner and operator of the FPSO Umuroa which is presently located on the Tui oil field offshore New Zealand.

Reference is also made to the announcement made on 10 April 2020.

The owners of the Tui field Permit, Tamarind Taranaki Ltd. (Tamarind), went into insolvency in December 2019, without any funding secured for decommissioning and abandonment liabilities. In March 2020 the New Zealand Government, through the Ministry of Business, Innovation and Employment (MBIE), assumed full responsibility for the decommissioning of the field and for disconnection of the FPSO.

After almost a year of continuous efforts to reach an agreement relating to the disconnection of the FPSO or get cost covered to stay on the field until MBIE is able to execute field decommissioning, the directors and shareholder of BWU have been left with no choice but to place the company into voluntary liquidation in order to prevent further accumulation of unsustainable losses.

Following the liquidation of Tamarind in 2019, BWU has paid in full the expenses involved in maintaining the FPSO on location and in compliance with all regulatory requirements. This has included full remuneration of the local crew and payments to suppliers. BWU will ensure that no contracted party or crew member is left out of pocket as a result of the steps it has been forced to take.

“We have assumed responsibilities far beyond the scope of the contract to ensure the safety and integrity of the vessel, and the protection of the environment, pending an agreement with MBIE to move ahead with the FPSO disconnection”, said Marco Beenen, the CEO of BW Offshore.
MBIE has publicly recognised that BWU is a victim of the insolvency of the field operator Tamarind.
“We have not been able to reach an agreement with MBIE which provides a viable solution despite significant efforts from our side, which includes offering to plan and execute the disconnection for MBIE at cost and without any profit”, said Marco Beenen. “As it now stands, in addition to a significant accumulated cost, we are still incurring more than USD 1 million per month to keep the FPSO Umuroa in compliance with regulatory requirements, and this cost is expected to increase as time progresses. This is unsustainable for us as a company.”

OPERATIONAL IMPLICATIONS
The FPSO Umuroa has been, and presently remains, safely moored to the Tui field, and BW Offshore will work with the liquidators to ensure the safety of the crew, the integrity of the FPSO, and continued care and respect for the environment. The FPSO no longer contains crude in the tanks and has minimum amount of fuel onboard to ensure a safe transition to the liquidators.

FINANCIAL IMPLICATIONS
More than USD 21 million has been incurred in 2020 alone to keep the FPSO on site and in compliance with regulatory requirements during the period, including demobilisation costs for the earlier attempt to disconnect the vessel. Following the termination of the FPSO contract by Tamarind in 2019, and subsequent insolvency, BW Offshore has not received any payments due under the contract for more than 12 months. At the end of the contract, 31 December 2019, this amounted to USD 31 million. All unpaid invoices have already been provided for.

As a result of the voluntary liquidation, the liquidators will take into custody and control all the assets and property of BWU, and thereafter apply these in satisfaction of BWU’s liabilities to its creditors. BW Offshore will no longer have control over FPSO Umuroa. Consequently, it is expected that remaining net book value of USD 21 million on the unit will be written down to zero.