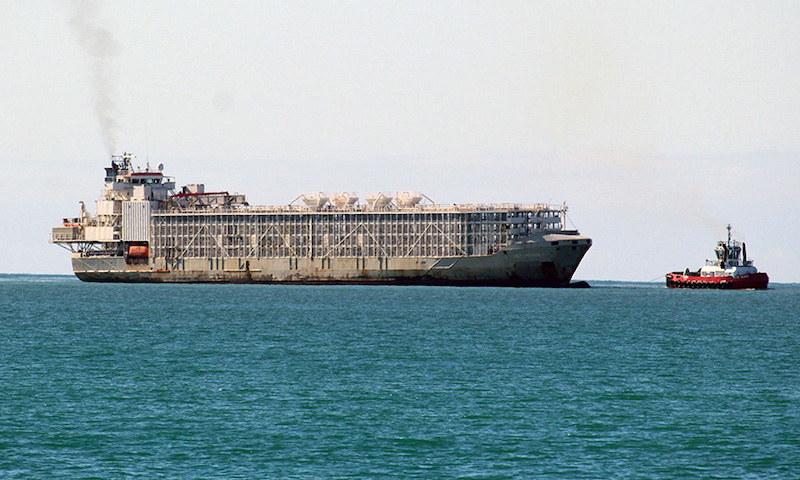 The Ministry for Primary Industries (MPI) has introduced new requirements for the safe transport of livestock by sea.

They follow an independent review into the animal welfare assurances MPI receives from exporters, led by Mike Heron QC and supported by Rear Admiral Tony Parr (retired). The review was launched after the tragic loss of Gulf Livestock 1 in early September.

MPI Director-General Ray Smith says it will introduce several additional requirements for the export of livestock until the incoming government can make decisions about a wider policy review of the trade.  “We’ve moved quickly following the Heron review to ensure no serious animal welfare issue for the 24,000 cows in pre-export quarantine, which would likely have to be slaughtered if interim measures weren’t put in place. “We want to ensure they are moved safely. It’s important to note New Zealand does not export animals for slaughter, but as breeding stock.”

Mr Smith says the Heron review found New Zealand has robust checks and balances in place to ensure the welfare of livestock transported by sea, but MPI can strengthen parts of the Animal Welfare Export Certificate (AWEC) process.    “We will do that because we’re committed to ensuring crew and animals on livestock export boats are safe,” says Mr Smith.

Cabinet introduced an absolute prohibition on livestock shipments until October 23 and a conditional prohibition from October 24 to November 30.

Mr Smith says immediate changes will apply for the conditional prohibition period. They include:

Mr Smith says MPI is considering longer-term changes suggested by the reviewers, such as requiring more information in Animal Welfare Export Certificate applications and reviewing current rules, guidance, and regulations. “Advice will be provided soon to the incoming government on the wider policy review, which started in 2019, and the independent reviewers’ report will help inform that work. Included in the advice will be further consideration of lower stock density rates for shipments,” Mr Smith says.

Mike Heron QC says the export of livestock is a complex international undertaking involving farmers, exporters, vessel owners, trading partners, and others. “Our review found that while the system is robust, there are changes that can be made now to boost the assurances MPI receives.
“I want to thank all those who took part in the review from those involved in the exports, to vets and animal welfare groups. The review showed very clearly that everyone involved is committed to the welfare of the people and animals.”

Mr Smith thanked Mr Heron and Mr Parr for their involvement in leading the review.