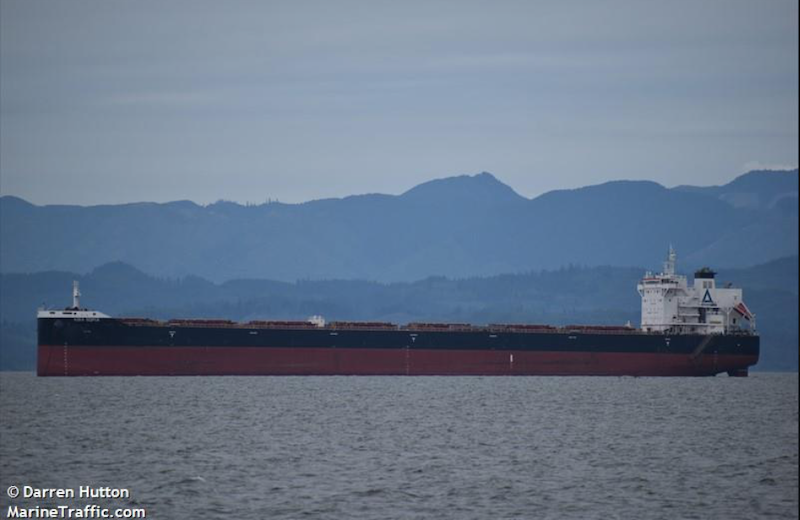 The Australian Maritime Safety Authority (AMSA) has today banned the Liberian-flagged bulk carrier Agia Sofia from Australian ports for six months.
AMSA inspected the ship at Hay Point in Mackay on Saturday 25 July 2020 after receiving a complaint via the International Transport Workers’ Federation.

During the inspection AMSA found evidence that some seafarers on board the ship had not been paid their wages in full since August 2019. The outstanding wages total about AUD $45,000 and constitute a breach of the rights of seafarers as per their employment agreements under the Maritime Labour Convention.

AMSA has taken steps to ensure that the seafarers onboard have been paid in full before the ship leaves Australia. AMSA has confirmed with the ship that this has occurred.

AMSA Acting General Manager Operations Michael Drake noted it wasn’t the first time this company, Marmaras Navigation Ltd, had been caught underpaying crew in Australian waters.
“In January 2018 AMSA detained another company ship, Koundouros, at Port Walcott for owing its seafarers more than AUD $7500,” Mr Drake said. “The operator was fortunate that AMSA did not ban Koundouros at the time and those seafarers were paid their outstanding wages before the ship was allowed to leave. “Bringing a second ship, Agia Sofia, to Australia with the same breach is inexcusable and has left us with little choice but to ban this ship from Australian ports.”

Mr Drake said seafarers were making enormous sacrifices right now by being away for extended periods of time from their loved ones, just to keep critical global trade moving.
“Abusing their most basic rights to be paid for the work they are doing is shameful behaviour on the part of this shipping company,” Mr Drake said.
“We do not tolerate that in Australian waters and Agia Sofia is now the third ship in the last 12 months to be banned by AMSA for failing to pay seafarers their wages in full and on time.”