Spirit of Tasmania replacement ferries could be built in Australia 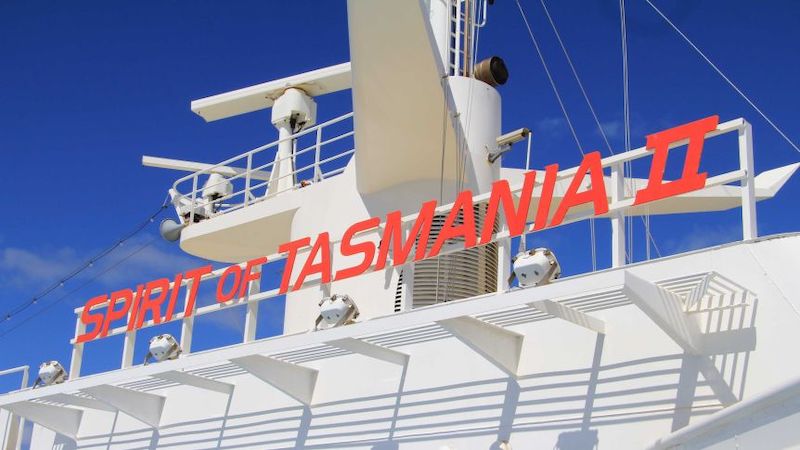 The State Government has ditched plans to build the replacement Spirit of Tasmania ships overseas, in favour of finding a local builder.

Premier Peter Gutwein today said the Government had pulled out of its memorandum of understanding (MoU) with Finnish company Rauma Marine Constructions (RMC) and would instead set up a taskforce to investigate options within Tasmania and Australia. "On one hand we have a decision whereby we could see more than $850 million invested in a European country, supporting European jobs, providing what would without doubt be an excellent product," he said. "However on the other hand we had the opportunity to explore how much of that investment could occur within the state or within our country."

Tasmania's unemployment rate is predicted to hit 8.6 per cent by 2021 as the economic downturn caused by coronavirus continues.

Tuesday's announcement is the latest hiccup in replacing the Bass Strait ships, which will be out of action by 2028.

The new vessels were originally due to be delivered in early 2021, but in February the State Government cancelled its contract with German shipbuilder FSG, citing financial problems with the shipyard. It soon entered an MoU with RMC and revised the dates to late 2022 and 2023. It is unclear how the latest change will push out the timeline. Ferry operator TT-Line's board recommended the Government sign a contract with the Finnish company, but the State Government decided to go a different way.

Mr Gutwein said he had discussed the change with Prime Minister Scott Morrison, who was "supportive" of the idea. "What we need to do is take every opportunity to consider how much investment we can deliver in Tasmania out of such a significant purchase, and how many jobs we can underpin in this state as we begin our rebuild," he said.

Taskforce to report within six months
The taskforce, which will be headed up by Treasury with members from State Growth, TT-Line and the Federal Government, will spend the next three to six months looking into Australian options.

Infrastructure Minister Michael Ferguson said at a time when the economy was struggling it made sense to look inwards. "The appetite from Tasmanian and Australian industries should be and is going to be greater than it has been in past months and years when we've looked to other international options," he said. "The greatest opportunity for us is to maximise Tasmanian jobs, Australian jobs."

TT-Line chairman Mike Grainger said the board understood the reasoning behind the Government's decision. "We made a recommendation to our shareholder ministers that was ultimately not accepted," he said. "We understand why that happened and we'll continue to move on and make sure whatever we do in TT-Line is the right thing to do." He said the company had initially looked at local options before signing with FSG. He also could not say if building locally would cost more. "The vessels are complex by their very nature. They're a high-speed operation and they carry a lot of freight and they carry a lot of passengers," Mr Grainger said. "So it would need to be determined that there is the capability in this country to actually do those.
"It's one of the harshest routes in the world and we need to make sure the ships are fit for purpose."

Mr Gutwein said Tasmania did not have the capability to build steel hulls of the size needed. "For obvious reasons, catamarans in the past have not been successful. We would need to be convinced through a process that they were a viable fit for purpose option," he said. But he said they were "not going to leave any rock unturned". "My job is to take into account both the best interests economically but also the best interests socially of our state. Right now, every dollar that we spend as a Government, I want to understand whether that dollar can be spent here "If we need to go back to Europe, then we will."

Labor MP Michelle O'Byrne said the Government was "clearly trying to save money by kicking this contract down the line". "I'm not surprised that the Government has kicked the project down the line again, but I'm less surprised than the board was to discover that the Government had completely ignored its recommendations and advice," she said. Ms O'Byrne said it would cost more in the long run to replace the vessels. "The Government doing this is really just a furphy. If Treasury wanted to have those boats online it would still be going ahead with its plan," she said. "We're as likely to see these ferries under this Liberal Government as the bridge across the Tamar River and the underground bus mall."

A Government spokesperson said "relatively minor costs for preliminary works" of less than $1 million would be paid to RMC. "This is significantly offset by the gain made by TT-Line when it exited the foreign currency hedging arrangement that covered the previous FSG contracts," they said. "The majority of the work undertaken on the new vessels has been by TT-Line and its external consultants. That work is owned by TT-Line and is transferrable and will be used going forward."