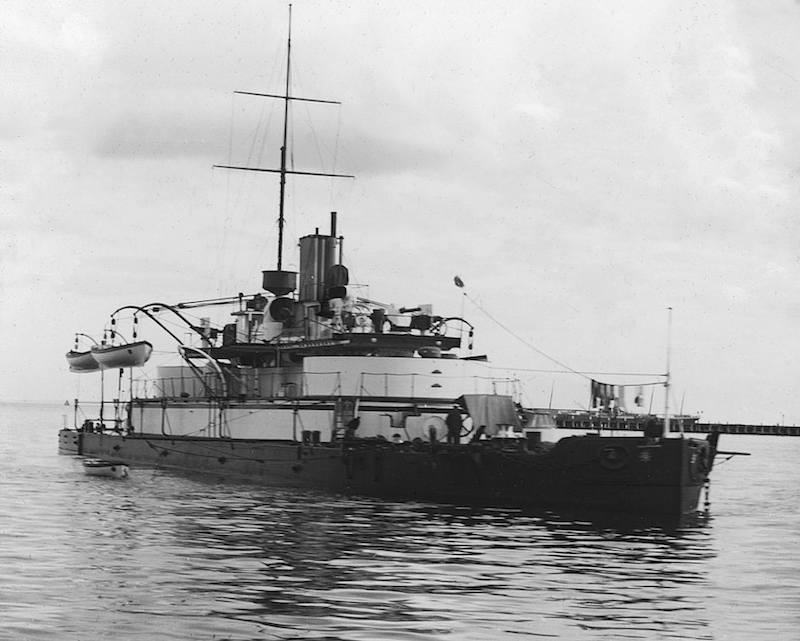 It's fair to say that in times past there has been a degree of negativity around Australia’s geographic remoteness, far from the centres of power and influence.  The phrase the ‘tyranny of distance’, first coined around 1960, came into common usage as the title of prominent historian Geoffrey Blainey’s popular 1967 book “The Tyranny of Distance: How Distance Shaped Australia's History”. In essence, his thesis was that distance and isolation have been central to Australia's history and in shaping its national identity.

It is clear mid-pandemic, that indeed distance is a factor which continues to shape our future – to our great benefit!  The ‘tide has turned’ so to speak.  COVID-19 has certainly demonstrated that there is tangible benefit in Australia’s ‘distance and isolation’. Leaving aside the Ruby Princess debacle, the Greg Mortimer fiasco and other cruise ship ‘challenges’, the vast oceans surrounding us have served us well during the pandemic crisis.

These oceans led to our developing expertise in maritime trade, both coastal and international. They have served us well in the past and, post COVID-19, will do so in the future. Maritime trade will certainly play a key role in allowing Australia’s economy in due course to ‘snap-back’, ‘up-anchor’ and, most importantly, go ‘full steam ahead’. Maritime trade will be instrumental in resuscitating our stalled economy. Not for the first time in our maritime history, recent events clearly reveal that Australia’s prosperity is inextricably linked to trade by sea.

Maritime Capability
The pandemic has certainly highlighted the acute, urgent necessity of Australia developing a greater level of ‘self-sufficiency’ in relation to maritime skills than is currently the case. It is encouraging to see evidence that the reality of this dire maritime skills shortfall is gaining traction with government. One example of a shift in focus by government was an invitation from Australian Industry Standards (AIS) to the MMHN Skills, Education & Careers SAG, to make a submission on maritime skills industry training forecasting to inform AIS industry workforce projections. Two key objectives of the MMHN are firstly, the establishment of a Maritime Specialist Skills Centre in Docklands, and secondly fostering greater recognition that maritime education and careers are vital. Both MMHN objectives are critical to developing greater national ‘self-sufficiency’ on the oceans which links, of course, to Australia’s national prosperity. See the MMHN submission to AIS – www.mmhn.org.au

Coastal Shipping
In the halcyon days of Australian shipping, a vibrant industry provided coastal shipping services to move goods around our island nation. We were not then reliant entirely upon the services of foreign vessels.  Times have changed. The number of Australian-flagged vessels available for coastal shipping has dropped dramatically – and alarmingly. The majority of goods transported by sea to, and around, Australia is now provided by foreign vessels at the ‘end’ of their voyages around the globe. A recent informative paper by Rigby Cooke Lawyers entitled  “Can the ‘Blue Highway’ of Australian coastal shipping provide a viable option to remedy some of our supply chain issues?” challenges us to address this malaise. See https://www.rigbycooke.com.au/can-the-blue-highway-of-australian-coastal-shipping-provide-a-viable-option-to-remedy-some-of-our-supply-chain-issues/
Also see  ABC IVIEW April 28 The 7.30 Report- an analysis of national ‘preparedness reshipping'.  If you have an interest in this exploring this concept of a ‘blue highway’ and maritime sector ‘self-sufficiency’, consider joining the MMHN Maritime Commerce & Industry SAG. Email:

Mallacoota
Understandably many of us are fixated on surviving COVID-19 but we should not forget the persisting plight of people in places so recently ravaged by bushfire and floods. Nor should we forget the critical role of the RAN ship HMAS Choules which arrived from the ocean, rescuing a thousand people under threat plus 113 dogs, three cats, one rabbit and a parakeet. As well as evacuating so many local people, HMAS Choules aided wildlife as well. From the ship RAN helicopters dropped food and water to wildlife in their scorched habitats. To acknowledge this work, and to symbolise the close bond between the Australian Defence Force and local communities forged during the 2019-2020 bushfires, the people of Mallacoota have installed a plaque in the heart of their town. More details on this vessel can be found here  https://www.navy.gov.au/sites/default/files/documents/datasheets/HMAS_Choules_datasheet.pdf

Maritime Archaeology News
Perhaps you will recall from the inaugural MMHN Annual General Meeting last October that Steven Avery, CEO of Heritage Victoria, shared his passion for marine archaeology; a passion shared by many MMHN members. To the delight of many, April has been a big month in marine archaeology circles with news of a significant ‘discovery’ in Port Phillip Bay - the 39ft schooner Barbara, which was built in Tasmania in 1841 and wrecked off Rye in 1852. It was the identification and analysis of the wreck, rather than actual discovery) which proved to be the most exciting element. Shipbuilding was colonial Australia's first manufacturing industry but very little is known, as yet, about the ways Australian-built vessels such as the Barbara engaged in coastal trade from the early 19th century. The Barbara will provide fascinating new insights into both shipbuilding and coastal trading. Unsurprisingly, for an island nation, early Australian shipbuilding and coastal activities by vessels such as the Barbara played a key role in our nation-building. See The Age April 12, 2020 (p. 6) and   http://vhd.heritage.vic.gov.au/shipwrecks/heritage/68

Excellent RAN Cerberus News
The Navy brings news that the famous Cerberus will, hopefully, be appropriately acknowledged at last. It is pleasing to learn that the RAN have been contacted by Australia Post (AP) in relation to the 150th Anniversary (1871 – 2021) of the arrival into Victoria of HMVS Cerberus on Sunday, April 9, 1871.  Australia Post is investigating a commemorative stamp to mark the date. Rightly so. HMVS Cerberus was, and is, a significant maritime heritage asset which served with the Victorian Naval Forces, later the Commonwealth Naval Forces, and finally with the Royal Australian Navy between 1871 and 1924. The Cerberus also famous in relation to naval design. It is the name given to a class of vessel identified variously as ‘breastwork monitors’, ‘iron clads’ and ‘turret ships’. Following requests by several British dominions and colonies, Sir Edmund Reed was commissioned to design the Cerberus class warships specifically designed for coastal defence. Two ships were built: HMVS Cerberus which was operated by the colony of Victoria in Port Phillip Bay and HMS Magdala operating in Bombay Harbour, India. At the outbreak of WW1 in August 1914, the Victorian warship HMAS Cerberus assumed the important role of Port Guard Ship for the Port of Melbourne - as a base for the naval dock guards and small craft patrolling the harbour. In the later stages of the war, the ship became a store for ammunition and explosives. In 1921, the Victorian Cerberus vessel was decommissioned and moved from Williamstown to Geelong where, for the next two years, it functioned as a submarine depot ship for the RAN’s flotilla of six J-class submarines. In April 1924, regrettably, the vessel was sold as scrap to the Melbourne Salvage Co Pty Ltd, for the sum of £409, and towed back to Williamstown where it was stripped of all valuable metals and useful fittings. In 1926, the hull was purchased by the Sandringham Municipal Council. On September 2, 1926, the hull of Cerberus was towed across Port Phillip Bay and sunk at Black Rock, where she remains as a breakwater.

Friends of the Cerberus
(FotC) reminds us of the somewhat melancholy saga that has unfolded over decades since the Cerberus was decommissioned – the slow submergence of this vessel which has served the City of Melbourne and this nation so well. The forthcoming book “Victorian Navy of the Colony of Victoria” by the President of FotC, John Rogers, will be made available to their members. Chapters of the book will appear in sequence in each FotC newsletter, except for the last chapter. The last chapter entitled ‘Cerberus, Heroes and Heritage Vandals’ will describe the 20-year campaign Save the Cerberus, identifying those instrumental in advancing the campaign to preserve the hull and also those responsible for proposing to fill Cerberus with concrete. FotC fear that, should plans by the City of Bayside succeed, the Cerberus will be filled with 4,000 tonnes of concrete. The Quarterdeck shown in the image below, reminding us of her former life, will not be visible to future generations. See:  http://cerberus.com.au/mailman/listinfo/friendsofthecerberus_cerberus.com.au

Docklands Heritage Fleet on Collins Wharf
Denied access to their teams of volunteers, the usual buzz of restoration, maintenance and operational activity on the Collins Wharf ships - Steam Tug Wattle, Tall Ship Enterprize and the Alma Doepel - has slowed. Enterprize’s rigging and sails are now stored for winter, but maintenance checks on engines and bilges are continuing as the vessel prepares for a resumption of operations in due course. The Alma Doepel project is still progressing towards completion of hull works by the end of 2020. Social distancing is being practised as four professional shipwrights continue to work on the 25 remaining planks and caulking. The heritage fleet’s Steam Tug Wattle reports that whilst the social distancing policy is in place, ‘essentials-only’ work maintenance cycle is taking place.