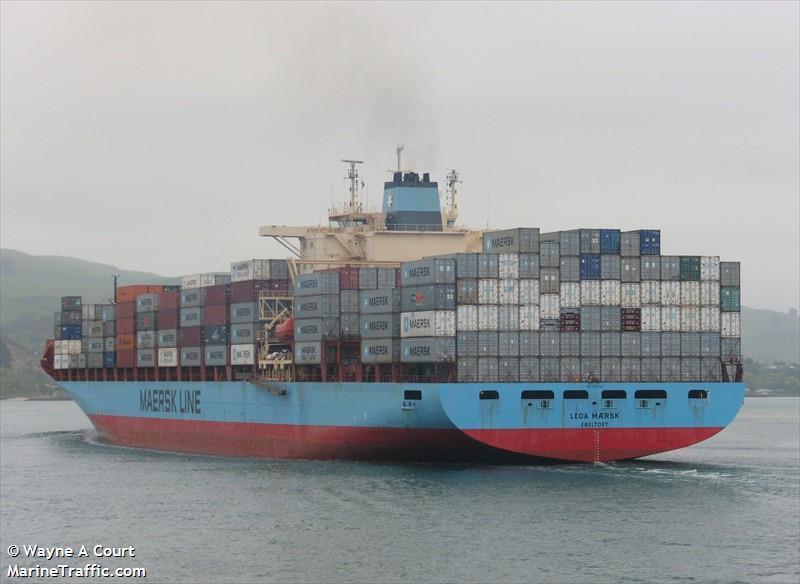 On 10 June 2018, the Danish-registered container ship Leda Maersk arrived off the Port of Otago, embarked a harbour pilot, and proceeded up the Lower Harbour channel at about 1800, during the hours of darkness. The master, officer of the watch and helmsman were on the bridge, with the harbour pilot directing the course and speed of the ship.

The ship was rounding the final bend in the channel before reaching its berth, when a combination of factors caused it to deviate from the planned track in the centre of the channel, and ground on the left channel bank. Nobody was injured and damage to the ship was confined to scraping of the paintwork on the hull.

The Transport Accident Investigation Commission (Commission) found that neither the harbour pilot nor the ship’s bridge team recognised that the Leda Maersk was deviating from the planned track. This was because they were all primarily navigating using visual cues outside the ship, rather than fully using the electronic navigation aids, all of which clearly showed the ship deviating from the centre of the channel.

The Commission also found that the standard of bridge resource management on the bridge of the Leda Maersk fell short of industry good practice and that the Leda Maersk bridge team were not fully following the company policies and procedures for navigating in pilotage waters.

The Commission also found that, at the time of the grounding, Port Otago’s policies, procedures and compliance monitoring of pilotage operations fell short of meeting good industry standards outlined in maritime rules and the New Zealand Port and Harbour Marine Safety Code.

The Commission recommended that the Chief Executive of Maersk Line A/S review the implementation of the company’s safety management system across its fleet with respect to navigation and pilotage and take the necessary steps to ensure a high standard is achieved by all crews on all its ships.

The Commission also recommended that the Chief Executive of Port Otago continue to take the necessary action to ensure its pilotage operations meet good industry practice and the guidance provided in the New Zealand Port and Harbour Marine Safety Code.

The Commission repeats three key lessons made in a previous report:
1) there must be an absolute agreement and shared understanding between the vessel’s  bridge team and the pilot as to the passage plan and monitoring against that plan
2) vessels’ bridge teams must actively promote and use the concept of bridge resource management, including the incorporation of pilots into the bridge teams, to manage voyages properly
3) a vessel’s electronic chart display and information system is an important system for monitoring the progress of the vessel and warning the bridge team when things could go wrong. It is essential that it be configured correctly for the phase of navigation and the proximity to navigation hazards.

The Commission identified one new key lesson:
Portable pilot units can be useful aids to navigation and their accuracy is well suited to allowing pilots an independent means of monitoring the progress of large ships in narrow channels. However, if pilots are to use them, they should be fully trained and proficient in their use, and there should be a robust system for ensuring the accuracy of the equipment.