Pilots are not advisors to Masters 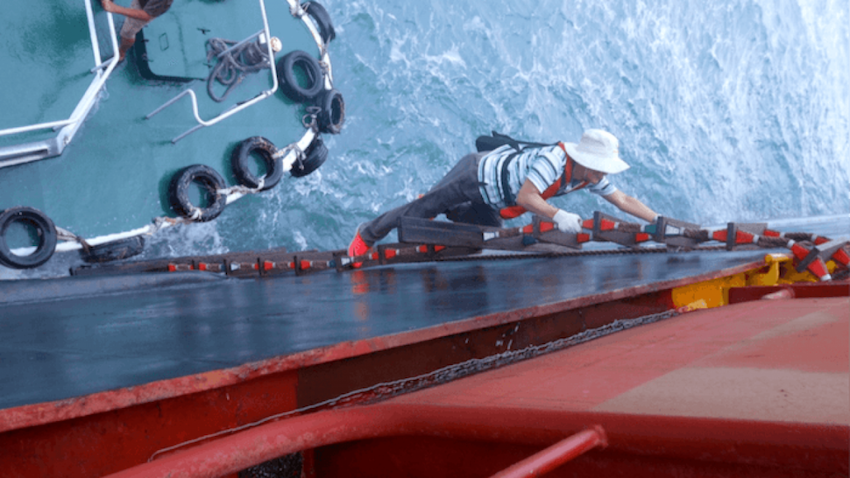 According to the International Group of P & I Clubs’ “Report on P&I claims involving vessels under pilotage 1999-2019”, over the last twenty years, there were 1,046 incidents in which pilot error either caused or contributed to those events. The resulting liabilities were in excess of US$1.82 billion, with the average value per incident of approximately US$1.74 million. The Report considered incidents such as Allision/Contact with Fixed or Floating Objects (constituting 60% of the total number), Collision, Grounding and Navigation, including incidents caused by the wash of a vessel.

The report stated that since “the pilot has the conduct of the navigation and the shipowner remains vicariously responsible for liabilities arising from the pilots’ acts or negligence… whenever incidents occur that result in substantial P&I liabilities … the question arises of whether there is any liability on the part of the pilot or the relevant pilotage body, and whether insurance coverage for such liability exists. … even where recourse is possible, the potential levels of financial liability are often low and such liability may not be covered by insurance. … therefore … widespread legislative change and associated insurance regimes is considered unrealistic… “

Liability on the part of Shipowners and Pilots calls for just a brief look into the history of law regulating compulsory Pilotage.

Over centuries, Pilots were held liable for damage caused to other ships or objects during compulsory pilotage, while Shipowners and Masters had absolute freedom from claims.

Not to go too far back in time, the last body of law relieving Shipowners and Masters of a piloted vessel from any liability for damage caused by Pilots was the Merchant Shipping Act of 1894, stating: “An owner or master of a ship shall not be answerable to any person whatever for any loss or damage occasioned by the fault or incapacity of any qualified pilot acting in charge of that ship within any district where the employment of a qualified pilot is compulsory by law”.  The obvious issue was the insufficient financial capability of compensation for damages on the part of the Pilot.

The scales tipped in Pilots’ favour in the early 20th century. The UK Pilotage Act, bringing major change and shift of liability was enacted in 1913. Article 15 states: “… the owner or master of a vessel navigating under circumstances in which pilotage is compulsory shall be answerable for any loss or damage caused by the vessel or by any fault of the navigation of the vessel in the same manner as he would if pilotage were not compulsory”.

With slightly different wording, this particular rule remained the same in the current 1987 Pilotage Act imposing liability for accidents during compulsory pilotage onto Shipowners and Masters.  The Act allows for compulsory Pilots to be held liable, but their liability is limited to a symbolic amount of £1,000 in the UK and a similar amount in other jurisdictions. As a result, Shipowners became the primary source of compensation for damages through their P & I Clubs.

In much of the rest of the world, Port States took it one step further and, while imposing compulsory pilotage and authorising Pilots to take control of the navigation of ships plying their ports to secure the safety of both ships and ports, define Pilots as mere ‘advisors’ to Masters, thus effectively exempting Pilots from any liability arising out of their acts or omissions, also imposing responsibility onto Masters for any loss or damage caused by the ship regardless of the fact that the ship was under compulsory pilotage.

Pilots' responsible task of bringing ships in and out of ports safely could hardly be achieved if they were only advisors to Masters. Advice has no elements of compulsion. Advice can be accepted or rejected. If Pilots were advisors, then Masters would be in charge of manoeuvring the vessel, with their own choice of courses to steer and speed to maintain including control of tug boats. Of course, in practice, this is not the case. Pilots are tasked with control of navigation as experts on local conditions and on manoeuvring which they perform day in and day out in the same port or other compulsory pilotage area assigned to them.

On the other hand, Masters are not experts on manoeuvring due to the simple fact that they have limited opportunity to manoeuvre and in the case of very large ships with single propeller they cannot manoeuvre at very slow speeds in confined waters without the use of tugboats.

And yet, Masters are expected to override Pilots’ orders and intervene when Pilots’ actions appear inadequate and pose risk to the safety of the ship. The problem here is that the Master’s perception of risk does not have to coincide with the much more experienced Pilot’s perception, in which case the Master’s intervention could make the situation worse.  And when a manoeuvre appears to go wrong or indeed goes wrong and requires intervention, it is right next to impossible to correct it. This is especially true when tugboats are in use, over which Masters have no control.

As a result, the person in the spotlight of accidents that occur under compulsory pilotage is the Master of the ship.

In the aftermath of an accident, it is not only about the Master’s loss of reputation, or loss of employment and employment prospects. What gets largely ignored is the psychological impact of dealing with blame for being incompetent or negligent, even though the control of navigation belonged to the Pilot.

The only bright exception to the rule of considering Pilots as advisors to Masters is the Panama Canal where Pilots take absolute control of navigation through the Canal and are liable in case of an accident.  Regulations on Navigation in Panama Canal Waters, Chapter V, Article 92 states: “The pilot assigned to a vessel shall have control of the navigation and movement of such a vessel.

This simple, unambiguous rule is supported by the Panama Canal Authority accepting to “pay indemnity for damages … if the damage was caused through fault or negligence on the part of the Authority or its workers in the performance and within the scope of their duties...” The convoluted Master / Pilot relationship has been the subject of much debate and much has been written on the topic.

While the industry concentrates on improving the interaction between Masters and Pilots, Capt. George Quick gives a concise and to the point explanation of the issue in his brilliant article “Master /Pilot relationship; the role of the pilot in risk management”, where Capt. Quick states that the starting point in solving the issue is understanding the role of the Pilot. And the role is certainly not advisory.

If the industry considers it unrealistic to change compulsory pilotage legislation, then at least the impossible expectations and the terrible burden of blame should be removed from Masters’ shoulders by “widening the circle of responsibility to include pilots, port authorities, terminal operators, VTS operations, channel maintenance and navigation aids, and all the various regulatory agencies in the circle of blame after a casualty”, as Capt. Quick rightfully points out.

Accidents under compulsory pilotage are not the only issue that seafarers have to deal with, but, on a positive note, there are still men and women willing to go to sea and take command although “the traditional privilege and honour associated with command appears instead to have become a risky and perilous burden” due to an ever-increasing range of responsibilities, but incommensurate legal rights.