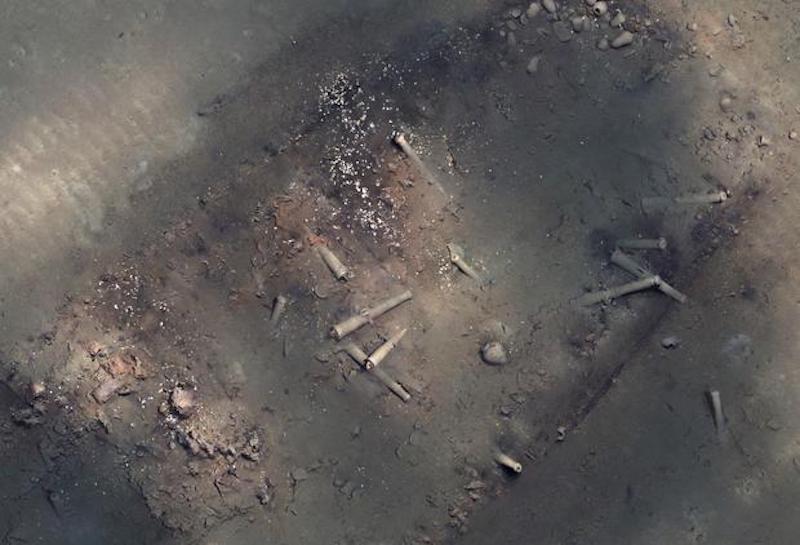 Colombia has taken a step toward recovering a long-lost Spanish wreck and its fabled riches, but it may be a rough ride as Spain and native Bolivians have also staked claims to the booty. Maritime experts consider the wreck of the San Jose to be the "holy grail" of Spanish colonial shipwrecks.

Long the daydream of treasure hunters worldwide, the wreck of the San Jose galleon was first located off Columbia's coast in 2015, but has been left untouched as the government determines rules for its recovery.

Colombia was a colony of Spain when the San Jose was sunk, and gold from across South America, especially modern-day Peru and Bolivia, was stored in the fort of its coastal city, Cartagena, before being shipped back to Europe. The Colombian government considers the booty a "national treasure" and wants it to be displayed in a future museum to be built in Cartagena.

According to a presidential decree released Thursday, companies or individuals interested in excavating the ship will have to sign a "contract" with the state and submit a detailed inventory of their finds to the government as well as plans for handling the goods.

The uber-loot, which experts estimate to include at least 200 tons of gold, silver and emeralds, will be a point of pride for Colombia, Vice President and top diplomat Marta Lucia Ramirez said in a statement. The treasure could be worth billions of dollars if ever recovered. "The sums of wealth are invaluable, and the responsibility of the protégés has already been extracted, contributing to the history of Colombia, the Caribbean and the world," she said.

The San Jose galleon was sunk by the British Navy on the night of June 7, 1708, off Cartagena de Indias. The San Jose was at the time carrying gold, silver and precious stones which were to be delivered from the Spanish colonies in Latin America to the court of King Philip V.

"It makes it very touchy because one is not supposed to intervene in war graves," Justin Leidwanger, an archaeologist at Stanford University who studies ancient shipwrecks, told Live Science in 2015. "Can you pluck treasure off the seabed without disturbing a war grave? I doubt you can. But these are the sort of discussions that will be had."
At the end of 2015, then-Colombian President Juan Manuel Santos announced the discovery of the exact location of the wreck, which was confirmed by the ship's unique bronze cannons with dolphin engravings.

Colombia has said it will cost about $70 million to carry out a full salvage operation on the wreckage, which is at a depth of between 2,000 and 3,200 feet.

Spain says the wreck is its own, as a ship of state; and an indigenous group in Bolivia, the Qhara Qhara, says the treasure belongs to them, since their ancestors were forced to mine it from what was in the 1500s the world's largest silver mine.