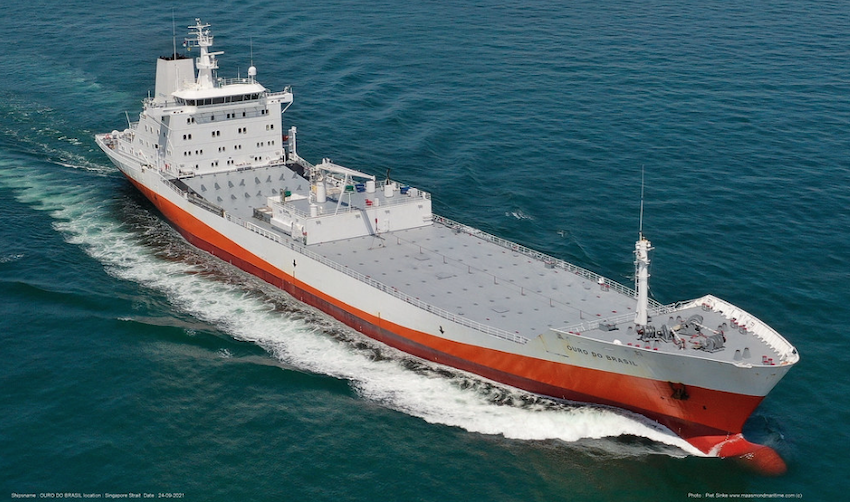 The majority of orange juice that is drunk in Europe comes from Brazil and is transported as a concentrate by tanker.

Most oranges in the world are harvested in Brazil, around 25% of the global orange harvest takes place here. The majority (around 80%) of these fruits is processed into fruit juice and then concentrated. The water is separated from the fruit juice in an energy-saving and vitamin-friendly way at negative pressure, as the boiling point of the water is significantly reduced here. Then the 5- to 7-fold concentrated juice is cooled to temperatures of −8 to −12 ° C and can therefore be kept for a long time. 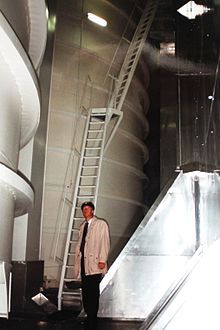 The next development step from the orange juice concentrate tank container to the orange juice concentrate tanker was obvious and, like almost all innovations in the maritime industry, took place as a conversion. Older reefer ships with the existing refrigeration machines were used for this purpose. The intermediate decks were removed and high, vertical stainless steel tanks, which were uninsulated, were inserted into the refrigerated holds, which were insulated from the outside. In addition, modern measurement and control technology, circulation pumps and cargo pumps were installed, as well as a nitrogen system to run a nitrogen gas cushion over the cargo in the full tanks.

The cargo is frozen and pumped from the shore-side tanks into the ship's cargo tanks . The temperature of the concentrate is maintained during transport by ship. This means that only the heat entering through the outer insulation of the cargo holds is dissipated by the cargo cooling system. The empty tanks are completely filled with nitrogen for the ballast trip in order to exclude bacteriological contamination.

Fewer than 20 ships are employed in this particular branch of refrigerated shipping worldwide, the main companies being Citrosuco Europe NV in Gent and Atlanship in La Tour-de-Peilz (Switzerland). Citrosuco Europe NV operates its own transshipment facility in Ghent. The largest tankers of this type are the Carlos Fischer and the Premium do Brasil .