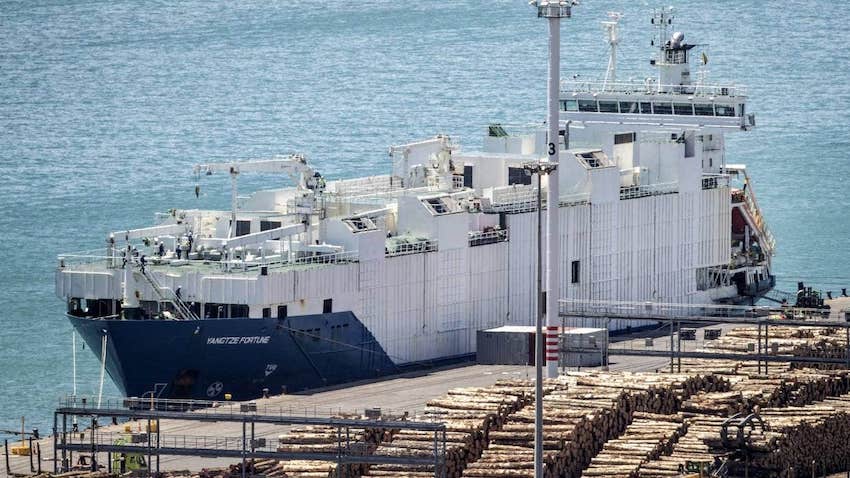 The Australian livestock export industry has distanced itself from the New Zealand trade, which has been banned from exporting livestock by sea.

The Australian Government says it has no plans to ban livestock exports and New Zealand's move is expected to help Australian farmers win lucrative trade deals with China, which had been spending big on dairy breeding heifers.

New Zealand's Agriculture Minister Damien O'Connor announced the decision this morning, to phase out live exports of animals by sea. "New Zealand must stay ahead of the curve in a world where animal welfare is under increasing scrutiny, if we truly want to be the most ethical producers of food," Mr O'Connor said.

The decision followed an inquiry into the sinking of a ship carrying 43 crew and thousands of New Zealand cattle off the coast of Japan last year.

According to the Federated Farmers of New Zealand, the live export trade was worth $200 million to Kiwi farmers last year, with 110,000 animals exported live. The lobby group said it saw no reason for the ban. "We're a little bit surprised really that it's come out now, and that they've decided to go down this route," NZFF spokesman Wayne Langford told the ABC."We hadn't seen any reason for it not to [continue]," Mr Langford said.

Australian dairy exporters 'in the box seat
New Zealand had already stopped the export of livestock for slaughter in 2008, but the export of breeding cattle had been increasing, with strong demand from China.

In a statement, Federal Agriculture Minister David Littleproud said "this is a matter for the New Zealand Government and Australia has no plans to suspend or ban live animal exports".
"The Federal Government is confident in our standards, regulations and laws to ensure high standards of animal welfare for livestock exports," the statement read. "The Australian Government continues to support the live animal exports trade and its contribution to the Australian economy."

The Royal Society for the Prevention of Cruelty to Animals used the NZ announcement to renew calls for an end to the Australian live export trade. “New Zealand has made the right decision, and with it, is cementing its international reputation as a world leader in high quality, ethical agricultural products while Australia is left behind yet again," RSPCA spokesman Jed Goodfellow said. Dr Goodfellow said Australia exported more than 170,000 breeding cattle last year, primarily to China and Pakistan.
"And there are no laws to protect them once they are there," he said.

The Opposition's agriculture spokeswoman Julie Collins was approached for comment