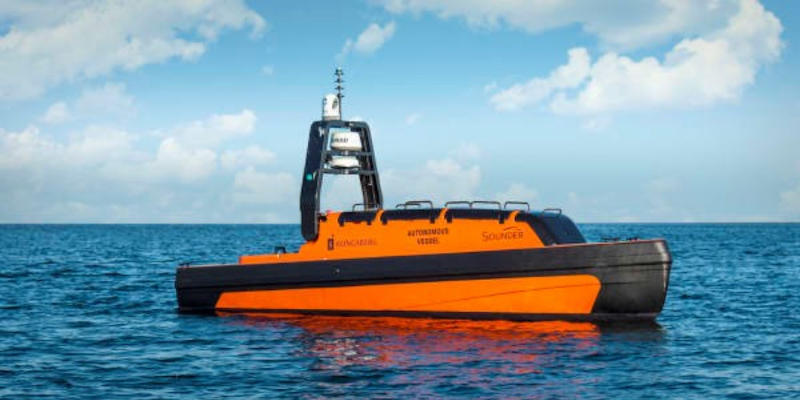 There was an amazing satellite image taken of what was supposed to be the largest and deepest depression that had ever been recorded in the North Pacific. And it was exceedingly extensive, blanketing the whole of the Aleutian chain of islands and revolving around a huge low several hundred miles south. You had to feel for those aboard any ships that might have been caught out in the high winds and mountainous seas that were being reported.

Was it the worst ever? We are constantly assailed by statistics that purport to demonstrate that the world’s weather is becoming ever more violent. Each so-called “record” tells us that it is becoming hotter, windier, or wetter than those extremes recorded in previous years and that it is all attributable to “climate change”.

And for the most part we go along with these propositions, the scientists and meteorologists falling into line with the wisdom of seers such as Greta Thunberg, unwilling to suggest that the more extreme elements of climate doom might be over-stating the case.

It may be heretical to suggest, however mildly, that we are in a better position than ever before to record extreme weather, with better instruments at sea, in the air and in space, along with more intense scientific analysis from the growing community engaged in the  burgeoning business of “climate science”. But that is not an argument for today, in a publication devoted to maritime design. And if seas are indeed getting steeper and stormier, extreme waves more common and hazardous conditions less exceptional, then surely we should be making our ships, ports and coastlines rather more resilient in order to cope with what nature is throwing at us.

One could only wonder, in the midst of a northern hemisphere winter that has seen record numbers of container cargoes ending up in the sea, that operators are continuing to order even bigger ships. Newbuilding orders of nearly 24,000TEU capacity were announced, as the stevedores in Kobe were getting down to painfully picking over the wreckage of One Apus’ deck cargo and warnings were being broadcast of another stack in the drink from an Evergreen ship off Japan.

Maybe the people who are ordering these monsters, which will not secure their monstrous deck loads in any different fashion to that that has prevailed for the past 50 years, don’t believe the meteorologists. Maybe they sort of shut their eyes and ears to what seafarers tell them and think that size trumps outdated sea sense.

Like container fires, which don’t happen often (one serious incident every six weeks), they allow themselves to be comforted by the laws of spurious percentages. Or is it that they have become totally focussed upon the payload, or the horsepower, or the unit cost, with the seaworthiness of a design regarded almost as an afterthought?

But it’s not just those designing containerships in a desperate search for lowest unit costs, who are ignoring what the weather people tell them. Look at the number of curious designs that emerge with the bridge upon the forecastle, horribly vulnerable to green head seas, even though the superstructure protects what is stowed behind it. Obviously, that is the point of such a configuration, but you wouldn’t want to sail in anything so designed. There are ships with almost no poop, once again utterly exposed to a following sea.

Big ships don’t get pooped? There was a sad report by the Maltese authorities just the other day of a double fatality on a bulker in the Norwegian Sea where the mate and a seaman were swept to their deaths over the poop, just like they were in sailing ship days.

It is a matter of better weather reports being transmitted faster to those at sea, some suggest. That would be helpful, no doubt, but a ship designed by somebody who thinks of weather in the abstract, needs a lot of time and sea room if it is to escape a battering. And when a less resilient ship perhaps goes, “the long way around,” to avoid the possibility of horrible weather, her master will invariably get a roasting for his failure to meet the schedule, which is entirely predictable, but rather unfair.

We are constantly being told that our “post Covid world” needs to be different from the one that has gone before, and maybe this sea-change might include a long and hard look at the “seaworthiness” of the next generation of ships. We are still going to need ships, and just as many of them, and seafarers will have to take them to sea.

And if the weather is really changing for the worst, maybe ship designers, operators and above all, seafarers, ought to be getting together and pooling their expertise on how to keep the sea where it belongs and the cargo on board.
But it probably won’t happen, as long as the bean counters have the final word