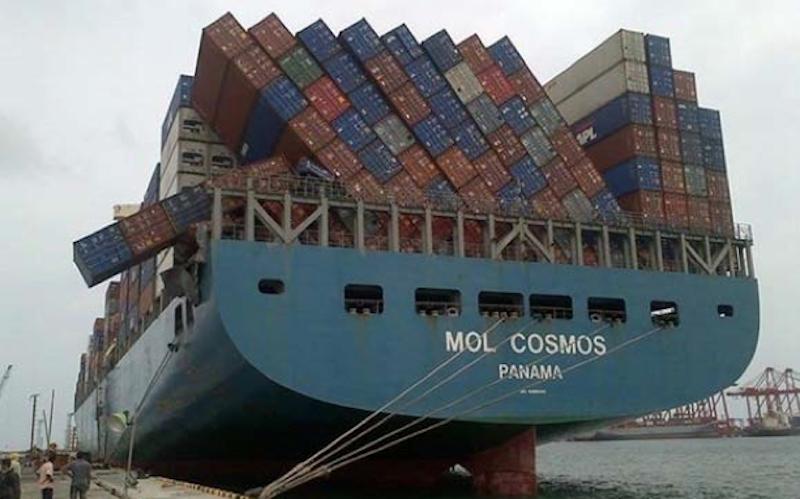 In 2019, the international liner shipping industry transported approximately 226 million containers, with cargo transported valued at more than $4 trillion. Proper packing, stowage and securing of containers and reporting of correct weight are very important to the safety of a container ship, its crew, and its cargo, to shore-based workers and equipment, and to the environment. However, even with proper packing of the cargo into the container, correct container weight declaration, and proper stowage and securing aboard ship, a number of factors ranging from severe weather and rough seas to more catastrophic and rare events like ship groundings, structural failures, and collisions can result in containers being lost at sea. Since 2011, the World Shipping Council (WSC) has undertaken a survey of its members to accurately estimate the number of containers that are lost at sea each year. The WSC’s member companies operate more than three quarters of the global containership capacity; thus, a survey of their losses provides a valid basis for a meaningful estimate of the total number of containers lost at sea. The 2020 update gathered information from years 2017, 2018 and 2019.

There are more than 6,000 ships carrying containers around the world at any point in time. In previous surveys, WSC asked members to distinguish between losses that occurred because of a catastrophic event on a single sailing, defined as one where 50 containers or more were lost in a single incident, and non-catastrophic losses. This distinction was in part aimed at getting some insight into the general nature of losses. The conclusion after twelve years is that more than half of all containers lost at sea are attributable to the limited number of major incidents that have occurred during those years.

Upon review of the results of the twelve-year period (2008-2019) surveyed, the WSC estimates that there were on average a total of 1,382 containers lost at sea each year. With twelve years of data, it is particularly interesting to look at the trend of three-year averages, reported in each of the survey updates. In the first period (2008-2010), total losses averaged 675 per year and then quadrupled to an average of 2,683 per year in the next period (2011-2013). This was due in large part to the sinking of the MOL Comfort (2013) that resulted in a loss of 4,293 containers and further impacted by the grounding and loss of M/V Rena (2011) resulting in approximately 900 containers lost. Fortunately, there have not been such significant losses in a single incident reported since. 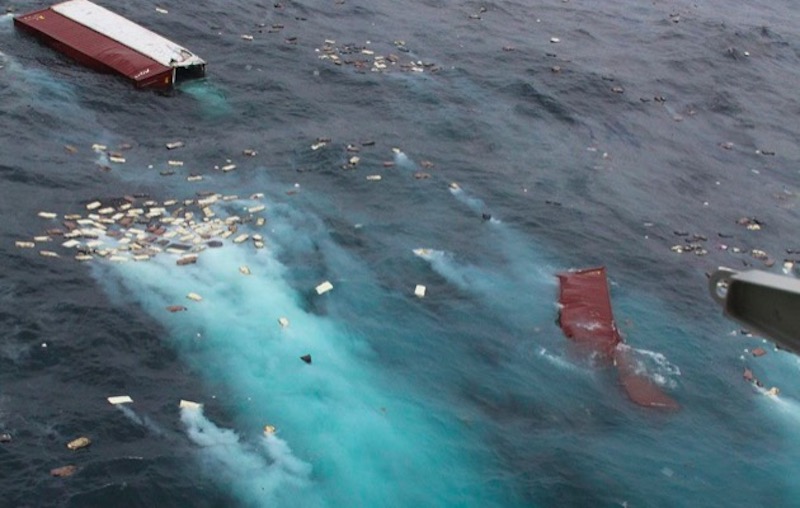 Nevertheless, the next period (2014-2016) was marked by another vessel sinking with the tragic total loss of the SS El Faro (2015) with the loss of 33 crew members and 517 containers. Even with that, the three-year average annual loss for the period was 1,390, about half that of the previous period. The downward trend continued into the most recent period (2017-2019) when the 3-year average annual loss was almost halved again to 779. There were no individual losses as significant as those noted in the previous periods, which is a welcome development. However, 2018 and 2019 were marked with a few incidents that each lost more than 100 containers.

Active Safety Improvement Initiatives
Containers lost overboard represent less than one thousandth of 1% of the roughly 226 million containers currently shipped each year. Nevertheless, the liner shipping industry remains committed to continuing to partner with governments and other stakeholders to enhance container safety in order to further reduce the number of containers lost at sea, including:

• Code of Practice for Packing of Cargo Transport Units (CTU Code): The IMO, the International Labour Organization (ILO), and the United Nations Economic Commission for Europe (UNECE), with industry support, produced a code of practice for the packing of CTU, including containers, outlining specific procedures and techniques to improve safety, such as how to ensure correct distribution of the weight inside the container, proper positioning, blocking and bracing according to the type of cargo, and other safety considerations. The code was approved in late 2014, and work to revise it is scheduled to commence in the near future.

• Revion of IMO's guidelines for the inspection programs for cargo transport units, including containers: CCC 6 agreed, in principle, to amend the IMO guidelines for inspection programs in order to: 1) further clarify that the selection criteria should be applied equally to CTUs carrying all types of cargoes, rather than being specifically applied on those declared to be carrying dangerous goods; 2) to adequately refer to the IMO/ILO/UNECE Code of Practice for Packing of Cargo Transport Units (CTU Code); and 3) to cover the reports from non- governmental organizations. A drafting group and subsequently a correspondence group have been reviewing the current guidelines, but further work is required before new revised guidelines may be adopted by the Sub-Committee. WSC has been a participant on both groups.

There are over 6,000 containerships continuously operating on the world’s seas and waterways linking continents and providing vital supplies to communities around the globe. The liner shipping industry’s goal remains to keep the loss of containers carried on those ships as close to zero as possible. Carriers will continue to explore and implement preventive and realistic measures to make that happen and welcome continued cooperation from governments and other stakeholders to accomplish this goal.