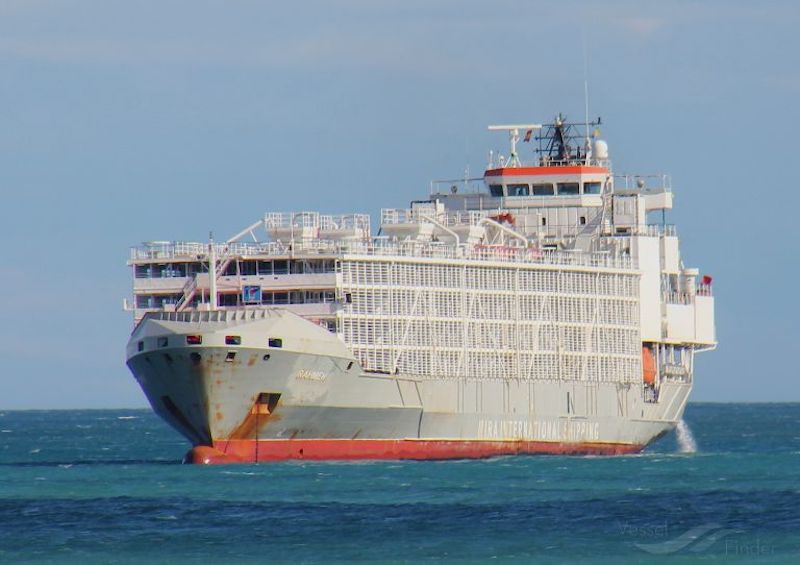 A live export ship carrying 5,800 head of cattle and 43 crew members, including two Australians, is missing in waters off south-western Japan.

Japan's coast guard has told the ABC the freighter was carrying the crew including two Australians, two New Zealanders and 39 Filipinos when it disappeared on Wednesday.

The Australian and New Zealand foreign ministries are providing consular assistance. "Owing to our privacy obligations we are unable to provide further comment," a Department of Foreign Affairs and Trade spokesperson said in a statement.

The ship sent out a distress signal and Japan's Coast Guard and Maritime Self Defence Force began searching the waters.

Authorities last night found one lifeboat and a Filipino crew member wearing a life vest drifting in the waters. The coast guard said his condition is not life threatening.
Officials have yet to locate the ship but the search is continuing.

The ship left New Zealand on August 14 with 5,867 cattle on board and was due to arrive at the Port of Jingtang in Tangshan, China next Friday.

The Panamanian-registered vessel called Gulf Livestock 1, which sent the distress call from somewhere to the west of Amami Oshima Island, was carrying 5,867 cattle, according to New Zealand's Ministry of Foreign Affairs and Trade.

The New Zealand Herald quoted Agriculture Minister Damien O'Connor as saying he was told about the search on Wednesday night. "I very much hope all the crew on board are safe. My thoughts are with their families; this will be a very difficult time for them as the search continues," he said. "Officials from MPI [Ministry for Primary Industries] are working closely with the Ministry of Foreign Affairs and Trade and the exporter. "I am awaiting an update on the situation."

In May 2019, the Australian Maritime Safety Authority identified stability and navigation issues in the Gulf Livestock 1, delaying its departure on a journey from Broome to Indonesia. The report from an Independent Observer and available on the Department of Agriculture's website did not specify exactly what the issues were, but noted the ship safely completed the journey.

Animals rights group SAFE NZ said it was another reminder of the dangers of live exports and called on New Zealand's Government to pause the practice while a review is conducted. "This is a real crisis, and our thoughts are with the families of the 43 crew who are missing with the ship. But questions remain, including why this trade is allowed to continue," SAFE NZ campaigns manager Marianne Macdonald said. "This is a high-risk trade that puts the lives of animals at risk, which is why the export of live animals must be banned."