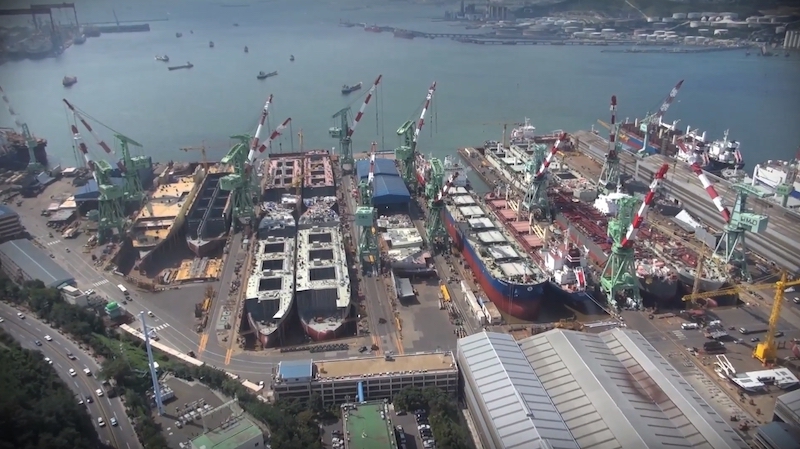 The Hyundai Vietnam Shipbuilding Co.Ltd based in the central province of Khanh Hoa built and handed over 119 oil carriers weighing 35,000 – 87,000 tonnes to clients, earning a revenue of nearly 4 billion USD since 2008. Its products have been exported to 16 countries worldwide.

The company contributes over 5 million USD to the State budget each year. In 2019 alone, it built and handed over 16 vessels and earned about 458 million USD, contributing 119 billion VND to the local State budget.

This year, it set a goal of earning 470 million USD, including signing contracts for 15 ships and transferring 16 others to clients.

Despite COVID-19 in the first half of this year, it still ensured jobs for over 5,000 workers with a monthly average income of 8.6 million VND. The firm handed over seven ships with an earning of 234 million USD, meeting its target.

In order to help residents overcome the pandemic, the company built houses, granted scholarships and notebooks to pupils in Ninh Hoa township, and students at Nha Trang and Thai Binh Duong universities at a cost of nearly 1 billion VND (43,400 USD).

Established in 1999, Huyndai Vietnam Shipbuilding Co.Ltd is a joint-venture between Vietnam’s Shipbuilding Industry Corporation and the Republic of Korea’s Huyndai Corporation.

After 21 years of operation, it has become the leading shipbuilding factory in Vietnam and the region, with an annual capacity of 20 vessels.