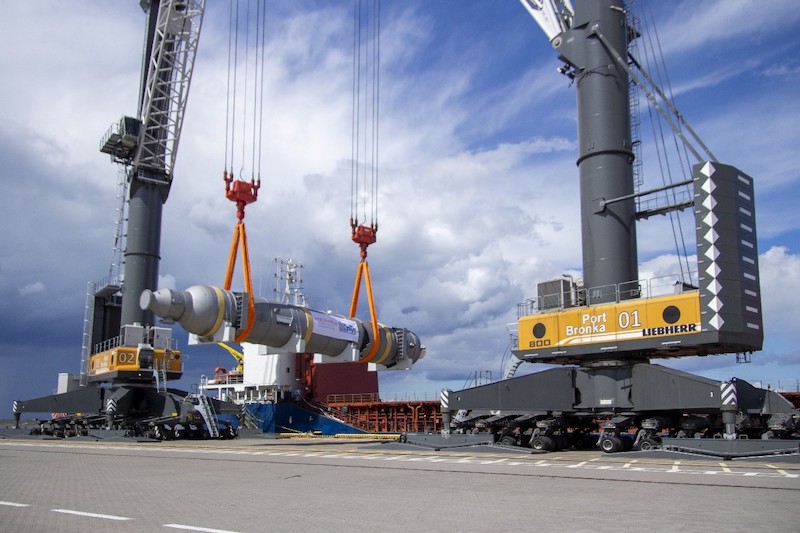 The Port of Bronka has successfully loaded a reactor weighing more than 300 tons from a sea-going vessel onto an inland waterway vessel. The challenging cargo safely reached its final destination Tolyatti.

The reactor manufactured at an Austrian factory was delivered from Port of Antwerp to Port Bronka where it was reloaded to an inland waterway vessel for the further delivery to the construction site.

The shipment included three units of the urea production equipment, including the 301 tons reactor. At Port Bronka the project cargo was safely loaded onto a heavylift barge that proceeded the reactor by inland waterways to Tolyatti in the Samara region. At its destination the cargo was rolled off the barge. Finally a multi-axle semi-trailer brought the oversize reactor to the KuibyshevAzot construction site. The RTL Group was responsible for the project cargo transportation and logistics.

Nikolai Negodov, CEO of Fenix LLC (Port Bronka operator) commented: "This was a record handling operation both for Port Bronka and for Liebherr LHM800 mobile cranes that lifted for the first time ever a weight of over 300 tons. The unique tandem of two LHM800 may be used for heavy-duty lifts up to 500 tons. Hence, Port Bronka is becoming a hub for handling of project cargoes in the Russia’s North-West."

Port Bronka is the only deep-water port in St. Petersburg. The port handles container, project, break bulk and ro-ro cargo. The current capacity of the port is 500,000 TEU and 130,000 units of ro-ro cargo per year. The further development plan includes an increase in the container cargo capacity to 1.9 million TEU per year and ro-ro cargo – up to 200,000 units per year.