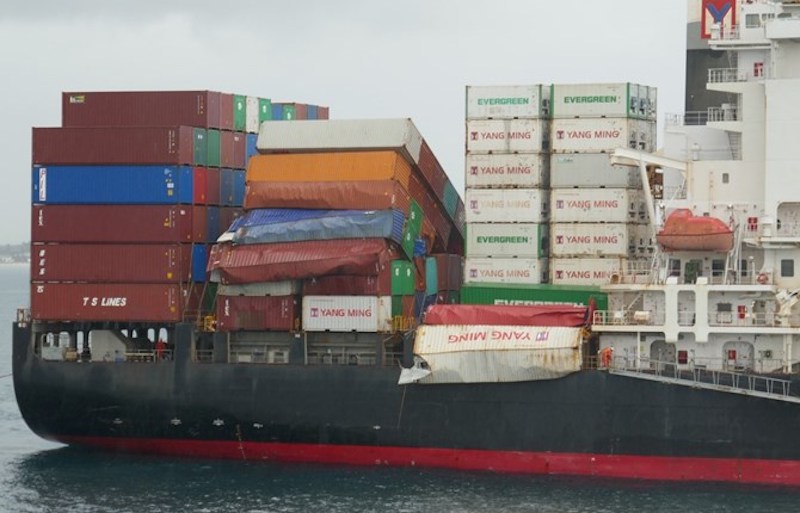 The loss of 81 containers overboard from the container ship YM Efficiency highlights the importance of safe and effective container stowage planning, an ATSB investigation has found.

Just after midnight on 1 June 2018, the YM Efficiency was steaming slowly into strong gale force winds and very rough seas off Newcastle, en route to Sydney, when it suddenly rolled heavily, causing container stacks to collapse and topple. As a result, 81 containers were lost overboard and a further 62 were damaged, while the ship sustained structural damage to its lashing bridges, superstructure, and accommodation ladder.

Substantial debris from the lost containers subsequently washed ashore on the New South Wales coast. At the time of the ATSB investigation report’s finalisation, search efforts for those containers – including with the use of remote underwater vehicles – had identified 66, with a few having washed ashore or close to shore. Five containers have been removed, and 15 containers have yet to be found
ATSB Chief Commissioner Greg Hood said the safe carriage of containers at sea depends on loading, stowing, and securing them in compliance with the ship’s CSM.

“Checking stowage plans for compliance with the Cargo Securing Manual requirements is increasingly achieved through loading computer systems. Notwithstanding the efficiency of computerised loading systems, the scale and pace of modern container ship operations puts significant pressure on ship’s officers to check and amend or approve proposed stowage plans at a late stage.”

Mr Hood noted that in that context, the planning process ashore offers the best opportunity to take all practical measures to ensure that the proposed stowage plan presented to ships officers complies with the CSM and is as safe as reasonably practicable. 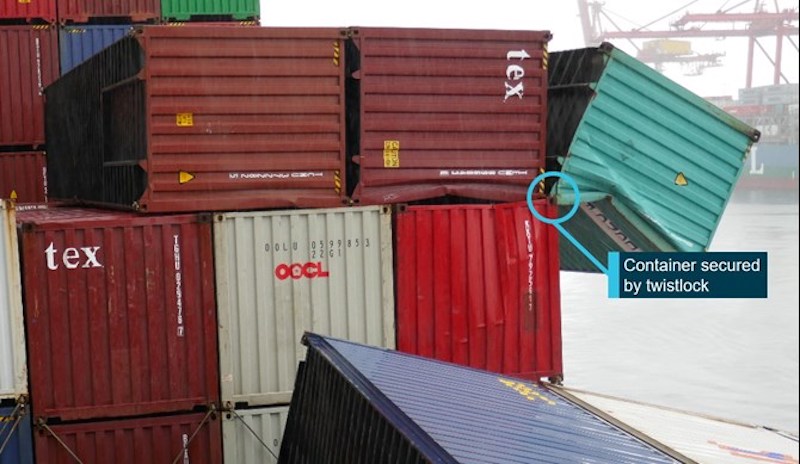 The ATSB investigation found that the weights and distribution of containers in the affected bays were such that calculated forces exceeded allowable force limits as defined in the ship’s CSM. The investigation also identified that the stowage arrangement was not checked for compliance with the CSM’s calculated lashing force limitations during the cargo planning process ashore.

“This left sole responsibility for compliance with the ship’s officers, with limited options to resolve deficiencies at a late stage in the process without unduly impacting operations,” Mr Hood said.

Further, the officers did not use the ship’s loading computer system and its lashing calculation program to check if the stowage arrangement complied, as they probably did not have an adequate understanding of the system.

“Weather forecasting, routing and good navigational practices in adverse weather all play a part in minimising the risk of injuries to crew and damage to ship, cargo and environment,” Mr Hood said.

“However, safe and effective container stowage planning is the primary control measure in managing the risks involved in carrying containers by sea.”

As a result of this accident, the ship’s managers, Yang Ming, have taken a number of safety actions to address the identified issues. These include requiring checks of lashing forces during the initial cargo stowage planning stage ashore, providing regular training of shore planners in multiple aspects of cargo loading and securing, and training responsible ship’s officers in the use of the ship’s loading computer system.

“The ATSB considers that the safety actions taken by Yang Ming have adequately addressed the issues that our investigation identified,” Mr Hood said.