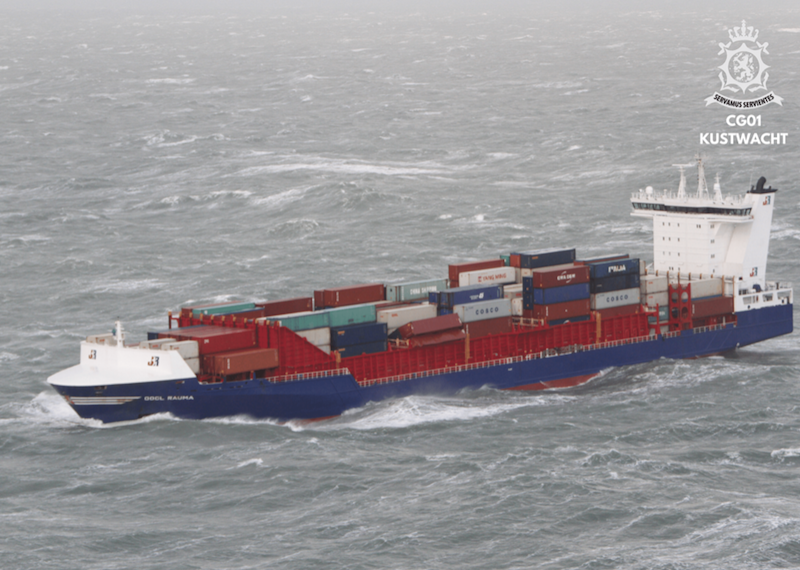 Several containers have fallen off a Handy containership in stormy seas 43 kilometers north of Ameland, one of the Dutch West Frisian Islands, the Netherlands Coastguard said.

The incident involving the 1,425 TEU OOCL Rauma occurred on February 11, 2020, while the vessel was en route from the Port of Kotka in Finland to the Port of Rotterdam.

Having transited the Kiel Canal in Germany, the 2009-built ship encountered heavy weather, resulting in containers being lost overboard.

On February 11, the authorities said that five containers — containing paper and cardboard, — were reported lost.

The coastguard dispatched the tug AHTS Guardian and an aircraft to locate the containers. Two containers were seen floating in the sea and another open container was spotted, but there were waves five meters high, with force eight winds from the west. 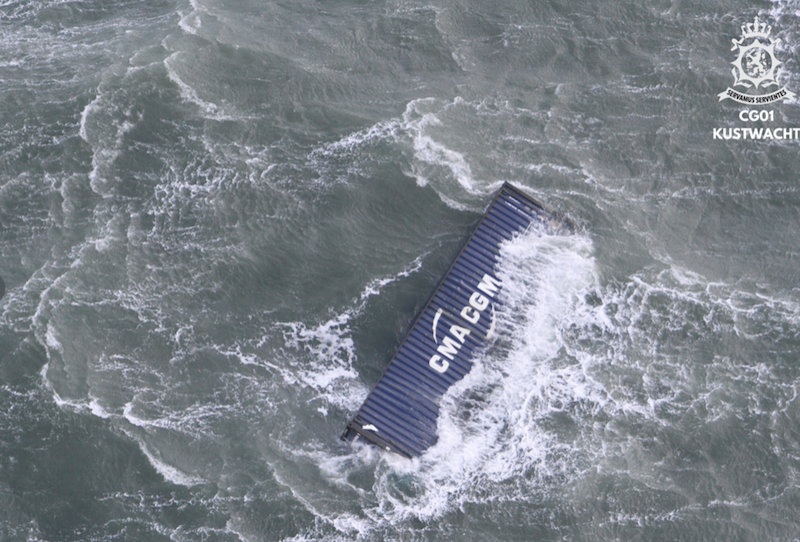 In an update dated February 12, the coastguard informed that a total of seven containers — of which the last two are filled with milk powder — have been lost overboard.

Due to technical issues, the tug returned to the Port of Den Helder.

Previously known as Elysee, the 17,900 dwt OOCL Rauma flies the flag of the Netherlands and is owned by Dutch JR Shipping, according to data provided by VesselsValue.