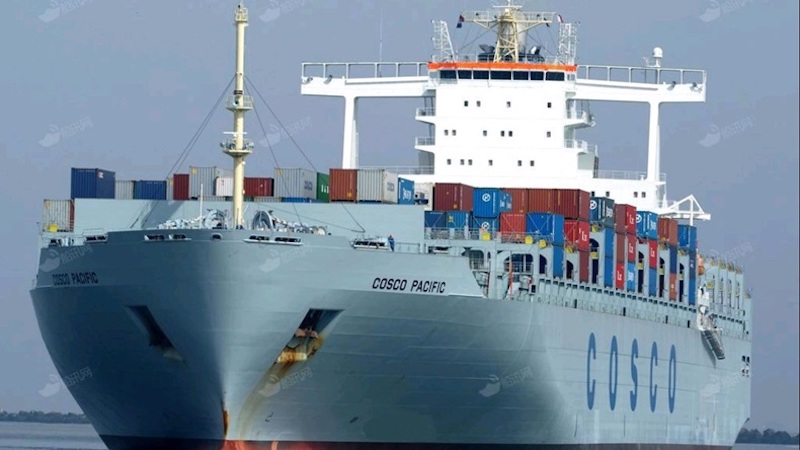 Chinese container vessel Cosco Pacific was forced to divert to the Sri Lankan Port of Colombo as fire within its cargo hold destroyed two container loads of cargo.

Port of Colombo MD Captain Athula Hewavitharana, told Container News that by the time the vessel arrived at the port, the fire had been extinguished by the vessel’s CO2 fire suppressant system.
“It was a fire that started at sea and it was brought under control using the cargo hold’s CO2 system, but two containers were damaged, and they contained batteries. No other containers were damaged and there was no damage to the vessel,” explained Hewavitharana.

The vessel is expected to recharge its CO2 fire control systems and to continue its onward journey within the next few hours.

According to a container ship fire expert the cargo would be stowed correctly if the goods were properly declared. The expert said that “Both alkaline and acid batteries are categorized as class 8 corrosives in the IMDG [International Maritime Dangerous Goods] Codes and so the crew would have stowed the cargo correctly in the hold, if the ship has the authorisation to carry Class 8 goods in this way.”

The ship operates on the China to India trade and was en route to Jawaharlal Nehru Port Trust (JNPT). There were no casualties.