Why Cruise Lines Keep Cutting Their Ships in Half

A few weeks ago, John Delaney, president of Seattle-based Windstar Cruises, stood on a scaffold at a historic shipyard in Palermo, Italy, and took a blowtorch to the Star Breeze, a 30-year-old, 212-passenger motor yacht.

With sparks flying, and shipyard workers and invited guests cheering him on, Delany made the final vertical cut to chop Star Breeze in half. But he was hardly destroying the small ship—he was doing just the opposite.

In a process called “stretching,” the Star Breeze is getting pulled apart to make room for a new, 84-foot, 1,250-ton prefab midsection addition. Think of it like unsnapping (or unwelding) two Legos and putting another block in between. But with a boat.

After four months of surgery, the all-suite Star Breeze will be bigger, more luxurious, and more profitable. When she debuts again in February, she’ll have 50 new suites to house 100 additional guests, a 50% increase in passenger capacity, and command higher rates for her shiny new cabins. Delaney says it should add at least 20 years to the ship’s life span.

Stretching, it turns out, is so good for Windstar’s bottom line that the company will similarly expand two more ships by the end of 2020, spending a total $250 million to increase its overall capacity by 24%.

The Big Idea
Stretching cruise ships is hardly a new idea. Teijo Niemela, editor of CruiseBusiness.com, says the concept was borrowed from Scandinavian ferries that were sliced to add cargo space. He sailed on his first stretched ferry in Finland in 1972.

It was only six years later that Royal Caribbean added an 85-foot block to first expand a ship, the Song of Norway, starting a slow but steady industry trend. The defunct Royal Viking Line stretched ships in the 1980s; Norwegian Cruise Line added sections to three ships in the 1990s.

More recently, MSC Cruises lengthened four ships and has announced plans to slice a fifth. The $143 million project, scheduled for 2021, will add 75,000 square feet to the MSC Magnifica, comprising 215 new staterooms (most of them in the popular balcony category), two restaurants, and a water park, as well as technology that’s more environmentally friendly.

Last year in Palermo, ultraluxury line Silversea added a 49-foot midsection to its Silver Spirit at a cost of $70 million, increasing the ship’s capacity from 540 to 608 passengers by adding 34 suites. It took 500 workers and about 450,000 man hours to complete the stretch.

“For cruise lines, it’s a quicker way to expand capacity compared to building a new cruise ship,” Niemela says. “A new cruise ship takes about 22 months or more [to build]. Add a new midsection, and it’s only a few months that the ship is out of service.”

Doing the Math
With estimates of about $175 million to build a 300-plus passenger vessel, stretching the older ones made more sense, Delaney says, especially when each project costs an average $80 million.

By lengthening its ships, Windstar will add 150 suites that will go for an average $450 to $550 per person per night. With those 300 additional passengers, the six-ship line, owned by Denver billionaire Philip Anschutz’ Anschutz Corp., could add more than $49.2 million in annual revenue.

There are also benefits downstream. While the guts of the ships are open, Windstar is replacing seven outdated engines with four new Wartsila engines that will meet the International Maritime Organization’s tougher emissions standards.

“Not only do we get to leverage the fuel against more people, we’re putting in much more fuel-efficient, energy saving, state-of-the-art engine technology,” Delaney says. “We get the benefit of that and reduced repairs and maintenance with the new engines.”

Fixed costs don’t change much when a ship is stretched. Build a new one, and you have to fully staff it; expand an old one, and it’s a matter of a few extra hires to maintain the same crew-to-guest ratio. (That, and a slightly longer shopping list to stock the kitchens.)

“The flow through on the extra hundred guests, that revenue, almost 90% goes to the bottom line,” Delaney says. “It’s significant. The return on the investment was much, much higher on the stretch.” 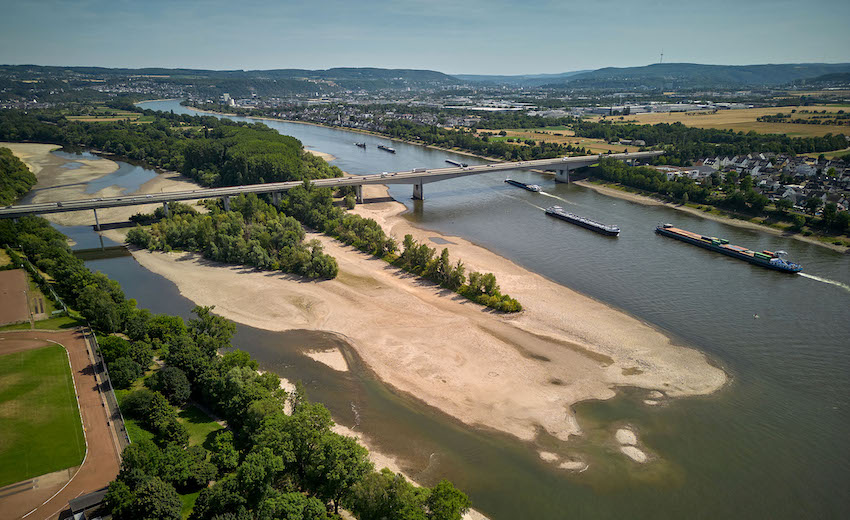 The Cutting Edge
The entire stretching process happens on a dry dock where workers have access to all sides of a ship—including the bottom—and can manually torch through structural walls with ease. There’s no room for error when your 13,000-ton yacht needs to (literally) stay afloat.

Six such stretchings, including those by Windstar, Silversea, and MSC Cruises, plus another two for ferries, have taken place over the last five years at the Palermo yard of Italian master shipbuilder Fincantieri SpA.

Once all the guts of a ship are removed, including pipes and cabling, engineers pull the front half of the ship forward on giant blocks, then use self-propelled platforms on wheels to maneuver a prefabricated middle section into place before welding it all back together. Unlike Frankenstein, Star Breeze will bear no visible scars when it leaves the shipyard early next year.

As with Silversea’s expansion of the Silver Spirit, which added, among other things, a seafood and steak restaurant, pizza parlor, outdoor aerobics studio, and additional sunny places for lounging, Star Breeze will also get upgrades along the way.

“When those ships were built [in the 1980s], things like a big pool, a really nice spa, a great gym weren’t as important,” Delaney says. Today, he notes, they’re expected. Star Breeze’s new pool is five times larger, and the fitness center now has a yoga studio. Other upgrades include a 1,374-square-foot, three-bedroom Grand Owner’s Suite and a handful of restaurants. Plus, the ship’s profile gets longer, sleeker, and prettier. “It’s no longer short and stubby like a hatchback,” he laughs.