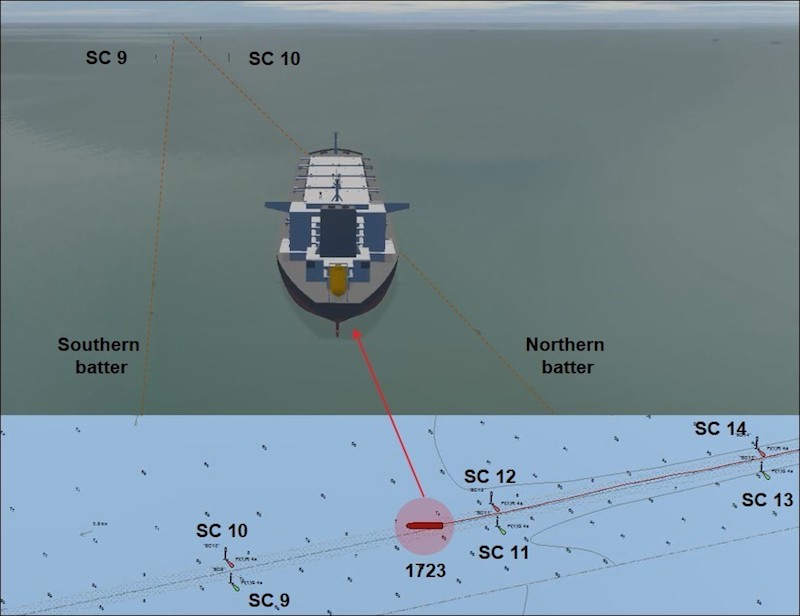 The grounding of a bulk carrier which lost power while transiting a channel from the Port of Weipa highlighted gaps in the port’s risk plans, an ATSB investigation into the incident has found.

On 6 November 2017, the fully laden dry bulk carrier Orient Centaur was transiting the South Channel out of the Port of Weipa, Queensland, under the conduct of harbour pilots as part of a trial introduction of mini cape-size vessels to the port.

Just over an hour after departing from the wharf, the ship’s main engine shut down due to a loss of water from a cracked engine cooling component, and propulsion was lost. Without the ability to steer, the ship grounded on the northern batter of the channel. The stern then slowly swung across the channel and grounded on the southern batter, effectively blocking the channel.

The hazards associated with engine failure had been considered as part of the port’s risk assessment for the introduction of mini cape-sizes, and were to be mitigated by having tugs in attendance. Those hazards had only been considered, however, up to the point at which a ship had entered the South Channel. As a result, on the day of the occurrence, the tugs had been stood down and told to return to the berth after the Orient Centaur was steady in the South Channel.

Now, with the tide falling, there was a significant risk that the ship’s structural integrity would be compromised. The pilots estimated they had about 30 minutes to refloat the ship. A general call was issued to all tugs for assistance.

Three tugs were mobilised to the assistance of the grounded Orient Centaur and, under the guidance of the harbour pilots, were successfully used to refloat the ship. Orient Centaur was subsequently towed out of the channel to an anchorage.

Surveys conducted over the following days identified that the ship had not sustained any damage.

ATSB Director of Transport Safety Stuart Macleod said that the incident highlighted the value of comprehensive risk assessments. “In pre-trial simulations, the risks associated with engine failure during departure were only considered up to when a ship had entered the channel,” Mr Macleod said.
Consequently, the tugs were not in attendance to assist if propulsion was lost. Additionally, the tug masters had not been trained in the specifics of escort towage, nor in emergency response. “This occurrence highlights the importance of considering potential hazards from end to end in order to provide the best opportunity to manage safety risk,” Mr Macleod said.

In response to the occurrence, the Port of Weipa instituted new practices, with all departing ships over 200 m in length now having an escort tug made fast, from the wharf all the way through to the South Channel exit.

Separately, to address the engine failure issue, the ship’s managers have advised that cooling water is now tested weekly on board the ship, as well as every six months at a shore laboratory. In addition, only manufacturers’ original spares are to be used during maintenance.