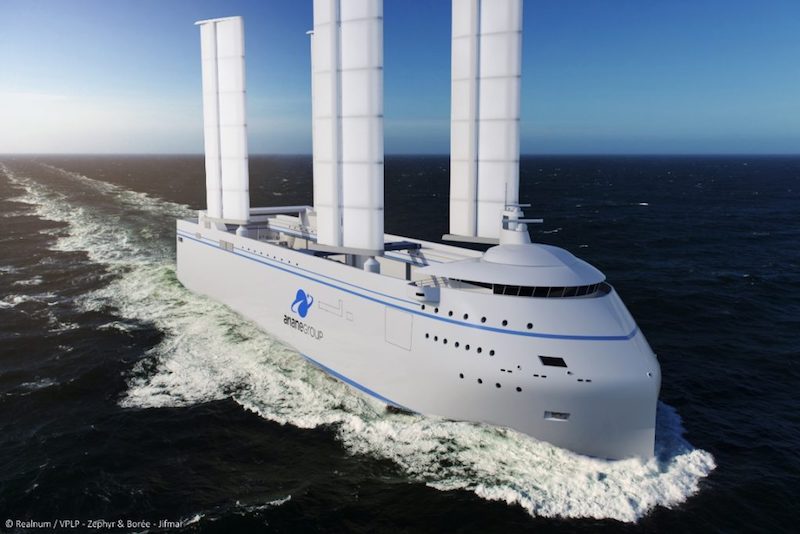 The contract to build the vessel was awarded to the maritime company Alizés, a joint venture between the offshore services specialist Jifmar and Zéphyr & Borée, a young maritime company specializing in carbon-free transport.

VPLP Design was entrusted by Alizés with the task of designing a ship, named Canopée, in accordance with the specifications of the project. The design firm came up with a RoRo vessel which is 121 m long and 23 m in the beam, and features a bridge in the bow and an open deck aft with high sides to protect the cargo.

Designed by VPLP, Oceanwings are automated and reefable soft wingsails associated with a routing system developed separately. VPLP said that a new company, Ayro, has been set up for the specific purpose of developing Oceanwings.