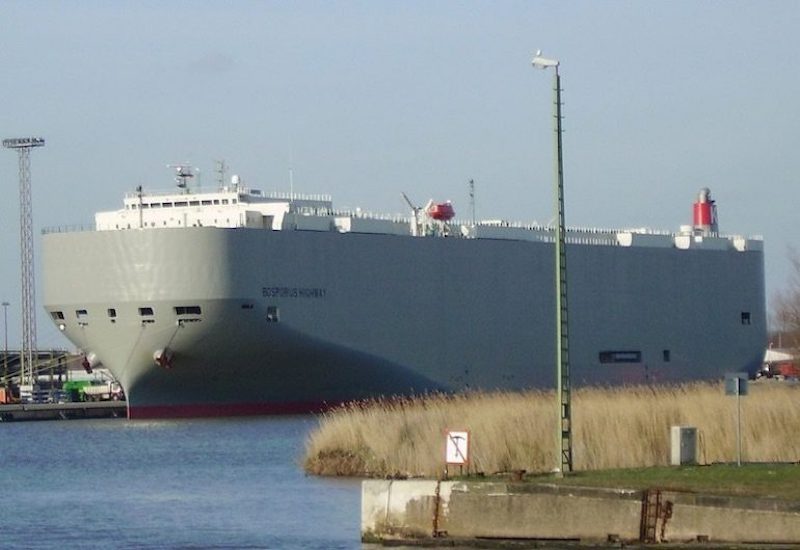 Japanese shipping company Kawasaki Kisen Kaisha Ltd has been convicted of criminal cartel conduct and ordered by the Federal Court to pay a fine of $34.5 million.

The Federal Court found K-Line engaged in a cartel with other shipping companies in order to fix prices on the transportation of cars, trucks, and buses to Australia between 2009 and 2012.

K-Line’s fine of $34.5 million is the largest ever criminal fine imposed under the Competition and Consumer Act.

K-Line pleaded guilty on 5 April 2018, following an extensive criminal investigation by the ACCC and the laying of charges by the Commonwealth Director of Public Prosecutions.

The cartel operated from at least February 1997, and impacted the transportation prices of cars, trucks, and buses to Australia from the US, Asia and various European countries. K-Line, and other shipping lines transported these vehicles on behalf of major car manufacturers such as Nissan, Suzuki, Honda, Toyota and Isuzu and others.

“We welcome the Court’s decision and the significant penalty imposed on K-Line,” ACCC Chair Rod Sims said. “Cartel conduct, such as that engaged in by K-line, not only cheats consumers and other businesses through inflated prices and costs, but also restricts healthy economic growth and discourages innovation.” “This decision is a serious warning to businesses and will deter others seeking to join or start a cartel. Businesses should know that engaging in cartel conduct will result in ACCC scrutiny and result in potentially very serious consequences,” Mr Sims said.

K-Line’s conduct was punishable by a maximum penalty of $100 million, based on 10 per cent of K-Line’s agreed annual turnover relating to Australian business activities in the 12 months prior to the commencement of the offence.

The Court also allowed for a discount of 28% for K-Line’s early guilty plea, and for their level of assistance and cooperation. The Court considered these elements as signs of contrition.

The Court held that without K-Line’s early guilty plea and cooperation, K-Line would have been fined $48 million.

In his judgement summary, Justice Wigney stated that the “penalty imposed on K-Line should send a powerful message” and that “anti-competitive conduct will not be tolerated and will be dealt with harshly when it comes before this Court”.
Justice Wigney further stated “the offence committed by K-Line was a very serious offence in all the circumstances”, and that the “scope of the conduct was substantial and extensive.  It occurred in a market for services that were and are of considerable economic importance to Australia”.

K-Line was sentenced for one “rolled-up” criminal charge of giving effect to cartel provisions.

The conviction follows that of another cartel participant in the cartel, Nippon Yusen Kabushiki Kaisha, in August 2017. NYK was convicted of criminal cartel conduct and ordered to pay a fine of $25 million.
The ACCC’s investigation in relation to other alleged cartel members is continuing.

Notes to editors
A “rolled-up” charge is one in which more than one offence forms part of the charge.  “Rolling-up” is permissible on a plea of guilty in Commonwealth matters.
The ACCC investigates cartel conduct, manages the immunity process, takes proceedings in the Federal Court in respect of civil cartel contraventions, and refers serious cartel conduct to the CDPP for consideration for prosecution.
The CDPP is responsible for prosecuting criminal cartel offences, in accordance with the Prosecution Policy of the Commonwealth.

Background
This matter has been investigated and prosecuted in a number of other jurisdictions, including the United States, where key K-Line executives have been imprisoned or indicted.
K-Line is headquartered in Tokyo and has a controlling interest in a global group of companies with offices in Europe, Africa, Asia, the Americas, the Middle East and Oceania (including Australia). It also operates an Australian subsidiary, K-Line (Australia) Pty Ltd.

A cartel exists when businesses agree to act together instead of competing with each other. Conduct can include price fixing, sharing markets, rigging bids and controlling the output or limiting the amount of goods and services. More information on cartel conduct can be found on the ACCC’s website.