A Strong Case for Dredging 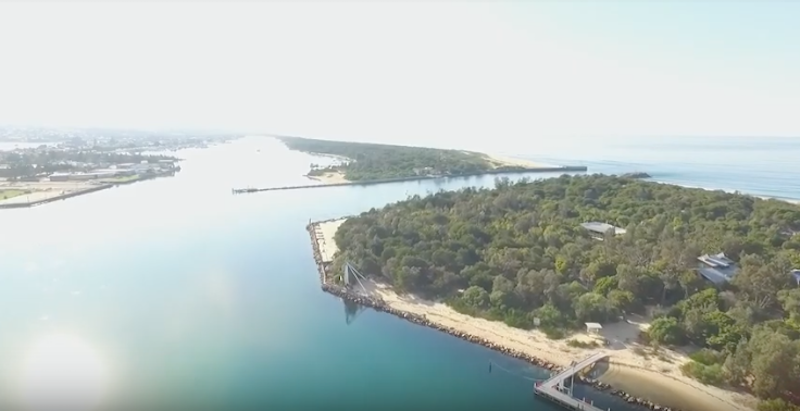 At a public meeting at Mt Crosby in 1996, the halting of dredging the Brisbane River was concluded. Lord Mayor Jim Soorley, claimed that the “ugly dredgers were causing bank erosion” from their diminutive 300hp engines and 4 knot speed, even though only capable of running with the tide

The dredging was stopped concluding over 100 years of effective acquisition of sand and aggregates. Brisbane then was the cheapest place in the country to build a house due to the abundance of cheap aggregate delivered into the city by the river, hence cheap concrete, bricks and tiles.

As the lone consultant appointed 2 days earlier by the Premier’s Department I protested against this decision, explaining that the proposal of replacing these two old 2,000 tonne quiet barges with 160 truck movements (each with 400hp turbocharged diesels) a day was madness, endangering schoolkids, contributing thousands of cubic metres of truck exhaust gases daily, and adding to road maintenance costs.
Also I concluded, the halting of the river dredging would shallow the river and exacerbate the danger of flooding.

Lord Mayor Soorley hailed the decision to halt dredging as "a significant victory for Queensland". He said that for 100 years, the Brisbane River had been "treated as a sewer and a mine".
"No other capital cities in the world allow ugly dredges into the heart of their city to mine their river", he said. Nodding their agreement was Environment Minister Littleproud, Natural Resources Minister Hobbs, Ipswich Mayor Nugent, Laidley Shire Mayor Moon, and the Queensland Conservation Council's Imogen Zethoven.
Ms Zethoven, said the agreement was "a major breakthrough for the rehabilitation of the river" and continued "Clearly dredging is way out of line with community attitudes."

Most river port cities in the world have active dredging programs with aggregate extraction as the lowest cost method of maintaining navigation channel depth and mitigating flood levels. Take a trip around Asia and you will see on the Pearl River in China, Saigon River in Vietnam and the Chao Phraya river in Bangkok, multitudes of low powered grab dredgers that are anchored until the tide changes, as they, like the Brisbane river grab dredgers, are only capable of steaming with the tide.

15 years later, in 2011, I shook my head in dismay watching the Brisbane River floods on TV. Even a 300-500mm difference in water levels makes a huge difference to some houses and businesses, and the enquiry unfortunately ignored the fact that continued river dredging could have dropped the flood levels. This flood claimed 38 lives. The people who supported and made this decision should hang their heads in shame.

The Brisbane upper river was navigable 46kms from the CBD by the Riverside coal barges until the 1990’s.

Recent investigations by the Port of Brisbane to transport containers from the Acacia Ridge rail terminal to the port, dismissed the river transport option, as the Brisbane river is now ‘way too shallow’. Rail or road alternatives will be at least 40 times more expensive.

During the 1990’s dredging debate, despite the State Government getting royalties from every cubic metre extracted, dredging was halted. The navigation channel through to the Gold coast at Jacobs Well, kept open by a sand extraction program, was abandoned, and vessels started to run aground again at anything below mid tide. The program to attract luxury superyachts to the region suffered a knockback.

Cruise ship companies are seeking new destinations and the year round good weather of Queensland is a natural attraction. But even to anchor off some of the beautiful destinations and send their tenders ashore is being hampered by the ongoing demonization of dredging by the Queensland Government.

Picturesque destinations such as Innisfail and 1770 are not accessible from the sea except for high tide, due to lack of dredging at the river mouths. Cooktown has been listed as unsafe by marine underwriters, with the State programme of a visit by a large dredger every 5 years. Small amounts of dredging frequently is the best and proven way to keep a rivermouth deep and safe

Two years ago, a Nation building initiatives of extracting sand from river mouths for local use video link was circulated to the councils in control of 138 blocked river outlets around the nation.

The Queensland Government dredging policy for the last 23 years has been an economic disaster for jobs and prosperity. Despite their claim of creating jobs, the present Labor government is now finalising policy not only to halt capital dredging around the state, but to halt transhipping and export mini ports.

The successful mini port of Bing Bong NT, has exported more than $10bn of cargo in the last 26 years with one small vessel, and the government royalties were over $500m ! The indigenous Mawa group are still co-owners of the transhipment vessel.

Now Queensland’s Department of Environment and Science wants legislation to halt the export of economically trapped resources, with a policy agreed by EPA’s Minister Leanne Enoch last November to prohibit any new transhipment. This is not yet law.

The current proposal by the Hopevale Congress, just north of Cooktown, to export silica sand by barge transhipment was soundly rejected by GBRMPA and Qld Transport, despite the product being exported being the same as the stuff on the seabed at the proposed transhipment point making the remote possibility of pollution by spillage as ZERO. One official stated “that may well be Dr Ballantyne, but you could use that export point to handle coal !” The nearest coal mine to that point was 300 kms away with no road access.

Nowhere in our nation for the last 100 years will you find evidence of any environmental damage from dredging or transhipping.

These decisions totally ignore regional north Queensland, our traditional owners, the prosperity of the state, and jobs for our kids and grandkids.