American Shipping Is Dying. But We Can Bring It Back ? 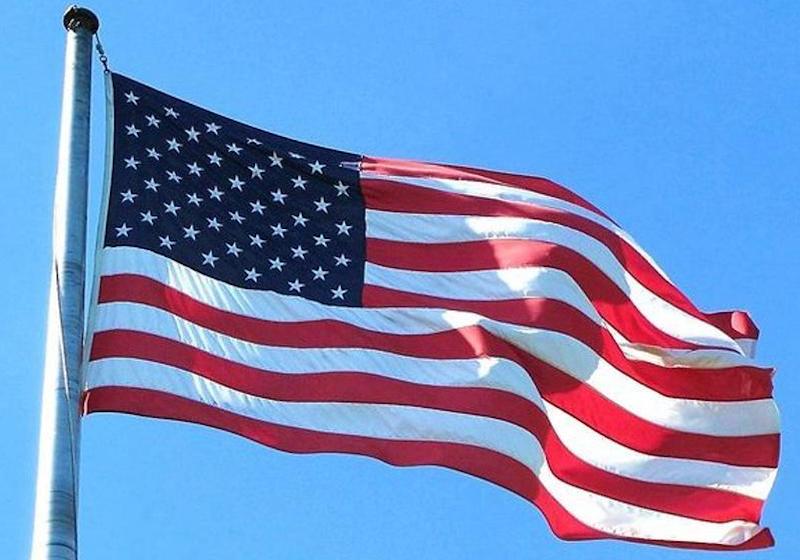 While debates rage about how to restore America’s manufacturing, military, and even moral foundations to periods of perceived glory, little attention is being given to the crisis in shipping.

This aspect of national decline is a grave issue for more than the pinch to patriotic pride that comes from the loss of the stars and stripes on the world’s oceans, but also for crucial geostrategic reasons. When 90% of international trade measured by volume is transported on ships, a healthy merchant marine is in the country’s vital economic interests and, as has always been the case, it is the foundation for a strong coast guard and navy.
Just 75 years ago, at the end of World War II, the U.S. boasted the world’s largest commercial fleet, owning 60% of total tonnage. Today, the top three fleets in the world are Greek, Chinese, and Japanese, each of which are three times larger than the shrinking American fleet.

The nation that invented the clipper ship, the application of the steam engine at sea, and the venerable shipping container has become a laggard in virtually every aspect of marine innovation, still using outmoded technologies, for example, on coastwise and ferry trades with what decrepit vessels are left. One of the ships that transports goods from the West Coast to Hawaii for example, the 46-year-old Matsonia, is older than the median age of residents of Hawaii.

One need look no further than the constant need for waivers to the Jones Act—the law requiring domestic goods to be transported on ships owned, flagged, crewed, and built in the U.S.—on the heels of hurricanes to appreciate the dire condition of the American fleet.
Puerto Rico, Alaska, and Hawaii have become Jones Act hostages. Countless other examples of the rot abound, such as the fact that there are no American-flagged liquefied natural gas carriers, leaving American shale gas stranded on the Gulf Coast and unable to get to American consumers on the Atlantic seaboard. Hawaiian ranchers are flying cattle to the mainland because of the expense and substandard quality of Jones Act ships.
Because of the sharp lobby of entrenched interests quietly enriching themselves from this economic rent, the topic of the Jones Act has become a third rail in Washington, D.C. Along the way, the U.S. has slipped from the world’s greatest seafaring nation to a second-rate shipping power.

Our nation once invested in vibrant marine infrastructure: During its peak in World War II, the Brooklyn Naval Yard employed 75,000 people. Bethlehem Steel was once a world leader in building supertankers. The Jones Act has caused the nation’s shipbuilders to become uncompetitive and has nearly totally wiped out labor onshore—including steelworkers, pipe fitters, and welders—and offshore, leaving fewer American ships to crew with American sailors. As recently reported, the Philadelphia Shipyard is on death watch—again. The law has made the cost to produce an American merchant vessel three to five times more expensive than what it takes to build a comparable hull in any other country. The reality is American yards today can really only construct relatively small tugs and barges capable of steaming near the coast, leaving larger oceangoing container ships, oil tankers, and dry bulkers—which can carry much greater amounts of cargo—to be constructed by Asian competitors for international routes.

American seaports also used to be models of efficiency humming with trade; now the creaky waterfront is a vulnerable spot in a brittle supply chain. In the wake of 9/11, for example, Congress passed legislation requiring 100% of imported containers to be checked for weapons of mass destruction. According to a 2016 Congressional Budget Office report, the U.S. scans the roughly 5% of incoming containers that are deemed high risk. From port operations to labor and shipbuilding, the U.S. maritime sector is in serious trouble.

As a result of the decimation of the American merchant marine, the U.S. Coast Guard and Navy are left to fend for themselves, captive to a military industrial complex selling overly expensive ships always over schedule and over budget. In the latest head scratcher, a yard that has never launched an icebreaker before was just awarded a $750 million contract to try its hand building a desperately needed new polar security cutter in Mississippi. This ship will be at least four times more expensive and take years longer to build than more advanced icebreaking technology offered to us by our Scandinavian NATO allies. The military industrial complex hijacking naval shipbuilding should cause outrage and soul-searching about how our maritime sector has gotten into such a funk, but as a nation we barely notice.

Government officials need to wake up to the dire predicament facing our shipping sector. While the journey to reclaim the country’s maritime heritage will be a long one, there are three relatively easy policy actions that can be taken immediately to kickstart things in the right direction.

First, the U.S. should posthaste repeal the Jones Act, a failed experiment which has choked innovation in domestic waters with the consequence of killing American shipping across the board.

This would not only provide a needed jolt to American cabotage, it would be good for the environment: Putting cargo on a marine highway and taking it off of clogged roads is a more efficient mode of transportation, and it will reduce highway traffic along the Interstate 5 and 95 corridors. The centennial of the Jones Act next year is the perfect anniversary to end this crony capitalist policy feeds like a parasite off of the public interest.

Next, and requiring simply the Senate’s advice and consent, the U.S. should finally join the 1982 UN Convention on the Law of the Sea. This will give the nation a literal seat at the table in the delineation of the Arctic, a legal bulwark against Russian and Chinese encroachments in the Kerch Strait and South China Sea, and needed leadership to protect international freedom of navigation. The treaty’s ratification might also get Americans thinking about their country as a seafaring nation again.

Third, and similar to how cellphones have let developing countries leapfrog antiquated communication networks, there is an extraordinary opportunity for American companies to digitize shipping. (My company, CargoMetrics Technologies, collects and analyzes big shipping data.) American startups have harnessed the Internet to remake other analog industries, and the nation can become relevant in shipping again by using Yankee ingenuity to disrupt what remains a completely manual and voice-brokered business.

Six centuries ago, a Chinese admiral named Zheng He led the greatest fleet then ever assembled at a time when Europeans could barely navigate out of sight of land. China made a strategic blunder soon after, however, in abandoning the sea, choosing to face inward instead. As a result, in the centuries that followed, China suffered a series of humiliating invasions by nations that built boats instead of burning them. With hindsight, China could have easily colonized Eurasia’s coasts.

Today, a resurgent China is pursuing a maritime Silk Road, expanding its strategic presence around the Spratly and Paracel Islands, making its shipbuilding industry a priority, and otherwise pursuing a number of maritime endeavors reminiscent of the spirit that initially launched Zheng He’s treasure fleet.

What will America do? History teaches us a clear lesson. Fail to face the sea, and the U.S. will suffer the fate of other nations that have before abandoned shipping: a fate of losing relevance on the world’s oceans, and ultimately becoming relegated to a lesser role on the world stage. Ask a Brit how they feel about their once-proud fleet and the current state of their island nation.

But a different outcome is possible if the U.S. revitalizes its shipping, especially if it is part of a broader foreign policy strategy. There are a number of relatively easy policy decisions that can nourish the American economy with renewed seaborne arteries pumping with trade—and this could stimulate economic growth while simultaneously restoring the core nucleus around which naval might is anchored in times of war.

While American politicians are fixated on the southern land border, they are ignoring a vitally important issue: reversing the long decline of American shipping.