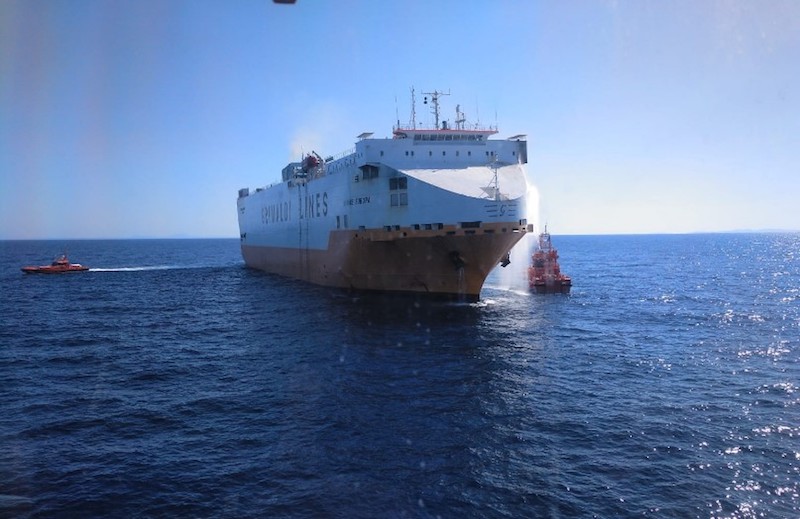 The Grimaldi Group-operated car carrier Grande Europa caught fire off the island of Mallorca, Spain, on May 15, the Spanish sea rescue society informed.

The fire on the 51,714 GT ship has been brought under control by three fire fighting ships.

The service further said that 15 crew members had been evacuated by helicopter while the rest stayed on board to aid fire fighting efforts.

The cause of the fire is still unknown.

Grande America was en route from the Italian Port of Salerno to Valencia, Spain, at the time of the fire outbreak, according to AIS data.

This is the second fire-related incident involving Grimaldi Lines vessels this year. RoRo vessel Grande America sank off the coast of France on March 12 after a fire broke out aboard two days earlier.