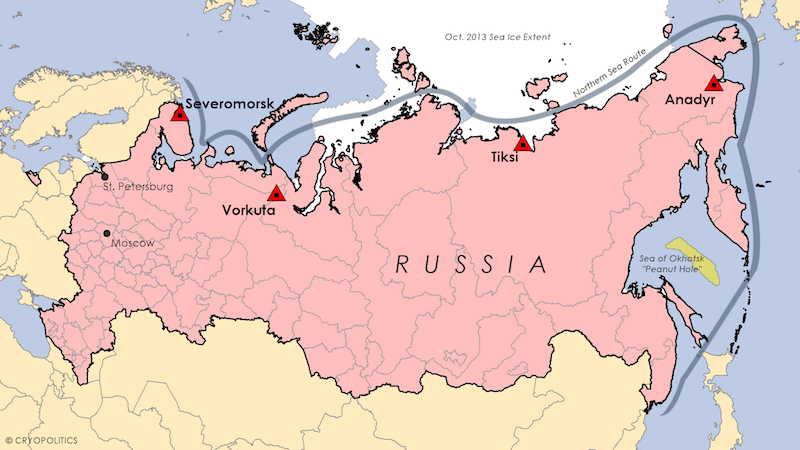 The announcement came as Moscow builds new ports to boost shipments along the Northern Sea Route. Denisov said that discussions over the supply of Russian gas to China through a route known as Power of Siberia Two were at an advanced stage. “Almost everything has been completed so far but there is only one gap, which is the price,” said Mr Denisov, adding that “China as a buyer needs gas and a reliable long-term source. Russia is definitely that kind of source”.

Work on Power of Siberia One, aka the Eastern Route, is due to be completed on December 10th and is expected to transfer 38bn m3 of gas to China every year.

Power of Siberia Two, the Western Route, could further bolster the energy alliance between China and Russia.

Denisov said that “the route is effective in terms of distance, but we need to equip all the shoreline with special devices which can indicate how strong the ice is and other natural conditions. We need icebreakers. Russia possesses quite a number and China has experience in building icebreakers and passing through the route too.”