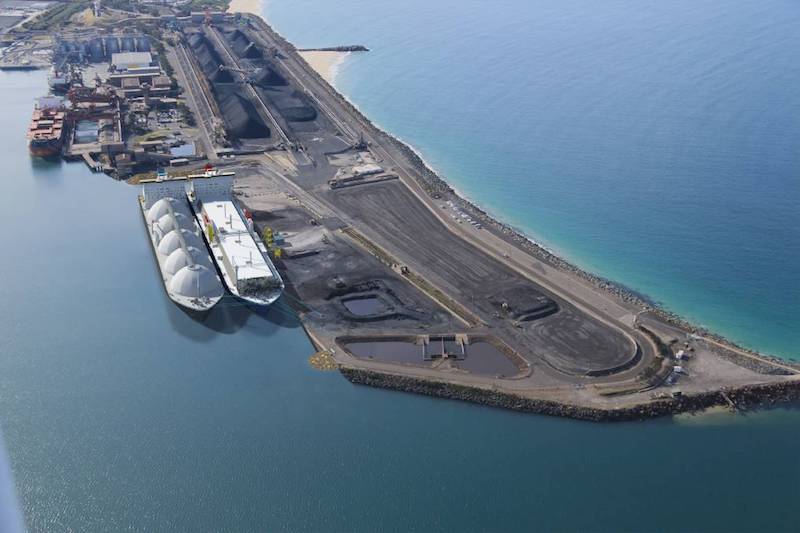 Planning approval has been given for the $250 million Port Kembla Gas Terminal.

Kiama MP Gareth Ward said the terminal would be a major boost for the local economy, creating 150 jobs during construction and up to 50 ongoing roles, once the plant is operational.

Meanwhile, Minister for Energy and Environment Matt Kean said the gas terminal would be a game-changer for improving energy security and helping ease energy costs. "The approval for the Port Kembla Gas Terminal is great news for more than 33,000 NSW businesses and a million households that already depend on natural gas," Mr Kean said. "This terminal could supply 70 per cent of our state's annual gas demand and help ease the cost of energy bills for NSW families and small business owners. "It could support gas-fired electricity generation in NSW and help make sure we have reliable electricity even when the sun isn't shining and the wind isn't blowing."

In June 2018, the NSW Government declared the proposal Critical State Significant Infrastructure (CSSI) because of its importance to NSW's future security and reliability of gas supply.

Deputy Premier John Barilaro said this gas terminal will not only be a major boost for the economy in Port Kembla and surrounds, but will also help to drive down the cost of living across NSW. "This terminal will make the state of NSW more self-sufficient when it comes to energy, and will create greater access to the global gas market," Mr Barilaro said.

Minister for Planning Rob Stokes said NSW currently relies on interstate sources for 95 per cent of its gas supply, and this project will help achieve energy security into the future. "The project will enhance gas supply capacity - relieving gas price pressure for families and businesses across the state," he said.

The Department of Planning and Environment assessed the proposal. Approval includes conditions to manage impacts during the construction of the import terminal, including excavation and dredging activities in Port Kembla harbour and management of contaminated materials and acid sulphate soils.
Other conditions were to manage hazards and risks associated with the operation of the LNG import facility and gas pipeline; and to regulateand monitor air and water discharges from the project during construction and operations.

Green light is just the beginning: RDA
Regional Development Australia (RDA) - Illawarra has applauded Monday's gas terminal announcement, but says the green light "is just the beginning". "While it's fantastic that Port Kembla has attracted this investment in the first LNG import terminal for NSW, that's just the beginning, there's more," Debra Murphy, CEO of RDA Illawarra said. Mrs Murphy said not only will the green light see this $250 million investment proceed, but there could be a further investment in a $750 million gas fired power station in the Illawarra. "The federal government recently shortlisted Australian Industrial Energy's proposed Illawarra gas fired power station as as one of 12 possible projects for the Underwriting New Generation Investments Program," she said. Mrs Murphy also said the Port Kembla Gas Terminal could alleviate the pressure of high-energy costs on the Illawarra's steel and manufacturing sector and support their long-term sustainable business viability.

Meanwhile, the Illawarra Business Chamber has welcomed the decision, saying the project underlined the importance of the Illawarra and its port and would drive energy prices down across the state.
Chamber executive director Adam Zarth said the approval was a crucial step in the process, which had seen stakeholders across the region united in creating a positive environment to attract outside investment.