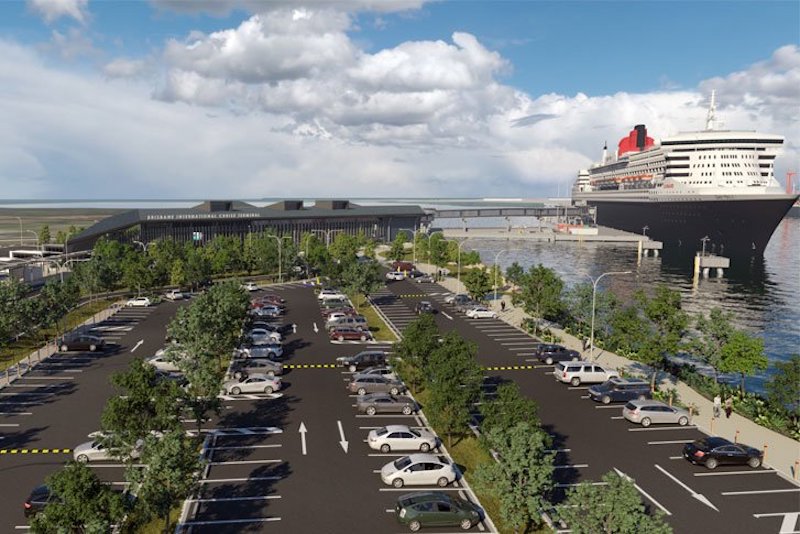 The $158 million project is scheduled to open in October next year, with the potential to more than double Brisbane's cruise industry.

The economic boost in welcoming more tourists and supplying bigger ships is estimated at more than a billion dollars over the next few years, on top of Queensland’s already billion dollar industry.

"Building this one piece of infrastructure flows through our entire economy," the Premier said.

"Ships that were too long, too high and too deep to dock at Brisbane's Hamilton facility will have a dedicated cruise terminal.

“That will stimulate the industry at ports up and down the Queensland coast, as we aim to increase passenger numbers throughout the state to more than a million a year."

"The Brisbane International Cruise Terminal is supporting, on average, an estimated 245 jobs each year during construction, while an additional 49 jobs will be created each year over the next 20 years," Mr Dick said.

"As Manufacturing Minister, I am also pleased that ABFI Steel Group, a local company based in Wacol, has manufactured 105 piles for the wharf where work began in February."

Port of Brisbane CEO Roy Cummins said the new International Cruise Terminal will be a world-class facility.
"Within its first five years the terminal is expected to handle over 1,100 vessel calls and around 1.8 million passengers," Mr Cummins said.

"With over 180 bookings confirmed for the 2020/21 cruising season thousands of passengers across the globe are already gearing up to head to Queensland."