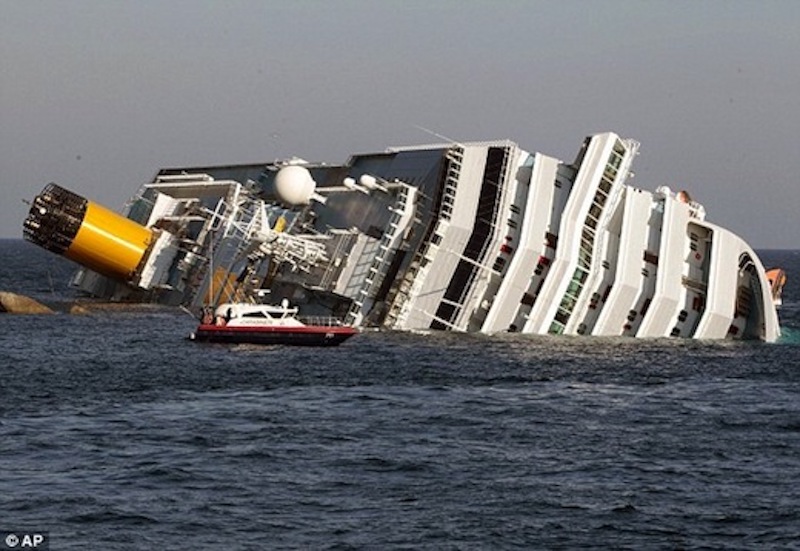 Recently on board the Wellington on behalf of the Honourable Company of Master Mariners, I presented a lecture on the Costa Concordia Affair to a full house.

I wrote the paper after studying the incident for several months. I believe that my findings have serious implications for many of those involved and for the marine industry as a whole, especially the cruise sector. Please find a copy of this paper attached. In particular, I would highlight the failure of the marine industry to recognise Post Traumatic Stress Disorder and the fact that the crew did not want to use the ships liferafts assigned to them, but instead, took passenger places in the lifeboats. This attitude to these liferafts, which are purely emergency rafts but now allowed to be carried in lieu of lifeboats is extremely serious apart from the fact that this action deprived passengers of their places in the boats and this caused the deaths of many.

Because of the symptoms of PTSD, I believe that according to the Human Rights act, no one can be prosecuted for acts carried out while suffering from a mental disorder enhanced by guilt syndrome. As the prosecution case against Captain Schettino was dependant on the fact that he caused a delay in ordering passengers to muster stations and this in turn caused the deaths of the passengers while suffering from this condition, I suggest that my paper proves beyond reasonable doubt that he should not have been prosecuted for this failure and and given the subsequent sentence for manslaughter.