Draft decision on Port of Brisbane and Carnival agreement 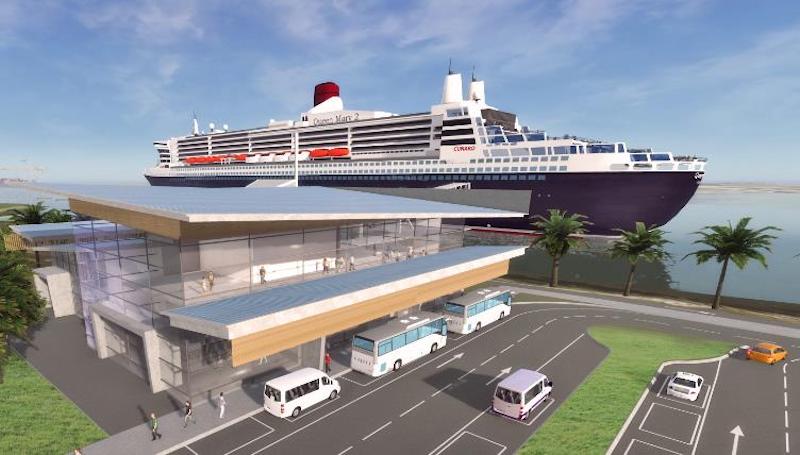 The ACCC is proposing to allow arrangements between the Port of Brisbane and Carnival Cruise Line that will support the development of a new $158 million dedicated cruise liner terminal in Brisbane.

The parties have sought authorisation for an agreement between them under which Carnival will be bound by take or pay obligations for the new terminal, meaning Carnival will pay a fixed yearly amount to the Port over the term of the 15 year agreement.

In exchange, Carnival will receive preferential berthing rights at the new terminal, including 100 “Foundation Berthing Days” a year, which allow the cruise line company to have first pick of 100 days a year at the terminal, up to a maximum of four days a week.

“A new dedicated cruise terminal in Brisbane, capable of berthing the increasingly popular ‘mega’ cruise ships, would be a real public benefit  to the community as this is infrastructure that is currently lacking in Brisbane,” ACCC Commissioner Roger Featherston said.

“Of course the ACCC recognises that commercially, having a foundation customer helps to underwrite the projected $158 million investment for the Port of Brisbane to build the new terminal.” “But we do have concerns about aspects of the agreement, particularly in relation to the four days a week Carnival is proposed to have preferential access to the terminal. This may limit or prevent competition from other cruise liners wishing to dock at the terminal in Brisbane during the peak summer cruising season,” Mr Featherston said.

The ACCC’s second, greater concern about the proposed arrangement is the prospect of Carnival being granted a right of first refusal over a possible future second berth at the terminal.

“We are concerned this will block other cruise operators from being able to offer alternate cruise options to consumers in Brisbane,” said Mr Featherston.

For this reason, the ACCC proposes to impose a condition on the authorisation, that Port of Brisbane and Carnival not give effect to these provisions of their agreement.

Prior to making its final determination, which is due in April, the ACCC invites further submissions about the proposal and draft determination from all interested parties.