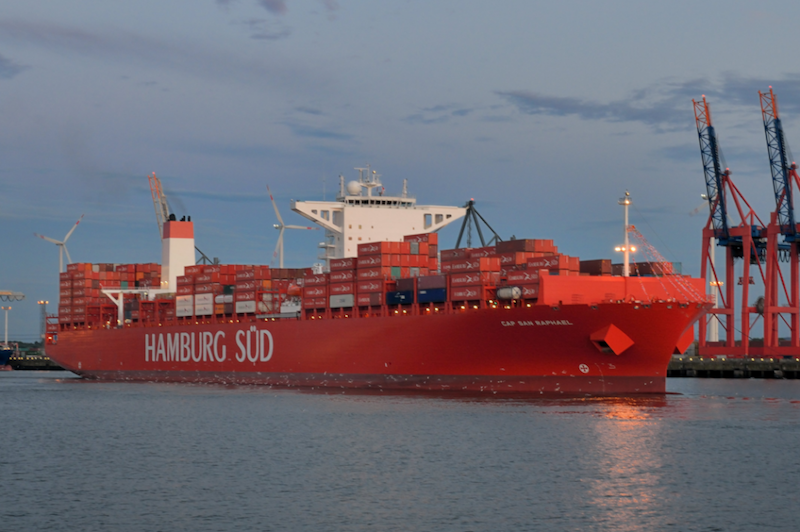 The changes would be made in line with the company’s flagging principles as Hamburg Süd’s ships switch ownership and fall under Danish ownership in Maersk Line or Singaporean ownership under A. P. Moller Singapore.

The spokesperson added that the vessels owned by Hamburg Süd’s Brazilian subsidiary Aliança will continue under own management and continue to sail under the Brazilian flag.

Maersk Line closed the acquisition of Hamburg Süd on November 30, two days after it received the final regulatory approval from the Korea Fair Trade Commission. The company secured all 23 regulatory clearances, almost a year after it announced its acquisition plans in December 2016.

Combined, the two companies will be able to realise operational synergies in the region of USD 350-400 million annually as from 2019, primarily derived from integrating and optimizing the vessel networks as well as utilizing the terminal capacity in APM Terminals.

Maersk Line and Hamburg Süd will have a total container capacity of 4.15 million TEU and a 19.3% global fleet capacity share, according to Alphaliner’s assessment. The combined fleet will include a total of 773 owned and chartered vessels.