Austal to build 10 OPV's in WA 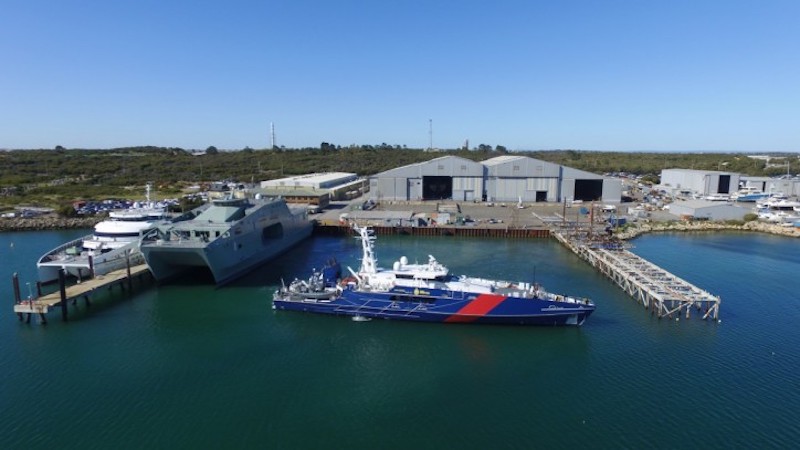 The Federal Government has announced today that Luerssen will be awarded the prime contract to deliver the Royal Australian Navy’s Offshore Patrol Vessels (OPVs).

Austal is pleased that the Government has indicated that Luerssen will use Austal to build the 10 OPVs designated to be built in Henderson, Western Australia, subject to the conclusion of commercial negotiations. Contract negotiations are expected to take place over the coming months, following which the overall impact of this program can be outlined to shareholders.

Austal CEO David Singleton said that the OPV program would be a further and important addition to the $2.5 billion of work Austal has won in the past 18 months, including an unprecedented run of orders for its commercial high-speed ferry business. Austal’s commercial and US businesses have never looked brighter than they do today.

“I congratulate Luerssen on being selected for the OPV and Austal looks forward to establishing a long and productive future working together. This important program will not only deliver new capability for the Navy but will continue to build the industrial base in Australia in line with the Government’s stated intent,” Mr Singleton said. “The Australian Government has made a commitment to a continuous naval shipbuilding industry and Austal looks forward to playing a role in making this happen. We thank the Australian Government for this endorsement of our shipbuilding capability, which will ensure Austal’s ongoing naval shipbuilding presence for the next decade and beyond,” he said.

“As I have said many times, the OPV program is very important for our Henderson workforce and we welcome the fact that our employees will have an opportunity to build these vessels,” Mr Singleton said.

Austal Chairman John Rothwell AO commended the Federal Government on its vision for the naval shipbuilding industry. “I am especially pleased the Government has selected Western Australia as one of two centres of naval shipbuilding in this country. “It is fortunate that we have some very active and influential Western Australian politicians in Government in Canberra who have achieved this outcome for our State,” Mr Rothwell said.

The OPV program will see 12 vessels built in total, with the first two being constructed in Adelaide by ASC.