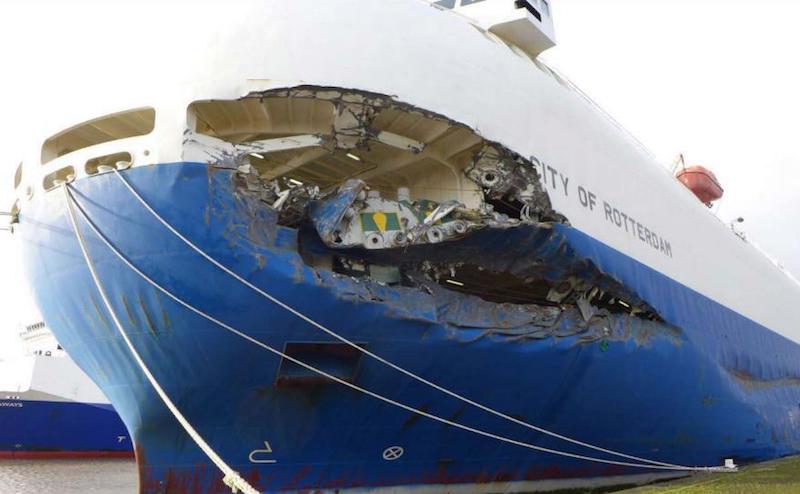 The pilot and the captain of the Panama-flagged car carrier City of Rotterdam, which was involved in a collision with a ferry in December 2015, have received suspended sentences of four months in prison each.

Judge Jeremy Richardson of The Crown Court at Kingston Upon Hull, was cited by Hull Daily Mail as saying that the case “warrants a prison sentence in the interest of the public but it does not need to be served immediately.”

The judge sentenced the ship’s captain Ruslan Urumov and pilot Gehan Sirimanne to four months in prison, but suspended their jail term for 18 months.

City of Rotterdam collided with the DFDS-owned ferry Primula Seaways in early December due to the distortion of the pilot’s spatial awareness caused by ‘relative motion illusion’ aboard the car carrier, a report from the UK Marine Accident Investigation Branch (MAIB) earlier showed.

The incident, which occurred in the Humber Estuary, UK, stemmed from the City of Rotterdam being set to the northern side of the Bull Channel by the wind and the tidal stream, followed by the distortion of its pilot’s spatial awareness.

The outbound car carrier had moved into the path of the inbound ferry, but this had not been corrected because the pilot on board had become disoriented after looking through an off-axis window on the semi-circular shaped bridge.

There were no injuries reported in the incident, however, the collision was estimated to have caused some GPB 1 million in damages to both ships.