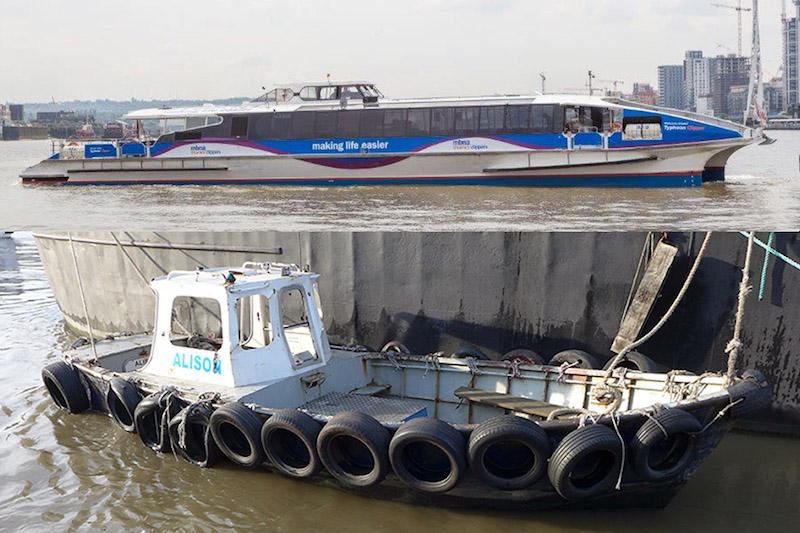 Summary
At 1108 on 5 December 2016 the high-speed passenger catamaran Typhoon Clipper and the workboat Alison collided adjacent to Tower Millennium Pier on the River Thames. Alison sank and its two crewmen were rescued out of the water by Typhoon Clipper’s crew soon after the collision. Both Alison’s crewmen were suffering from cold shock but were released from hospital later the same day.

Safety Issues
•    Avoiding collision starts with keeping a good lookout and assessing the shipping situation. In this case, neither vessel had properly identified the risk of collision
•    Use of sound signals in congested waterways can alert other vessels to your intentions; however, neither vessel made a sound signal which could have acted as a warning
•    Wearing a lifejacket is an important safety measure for workboat crews operating in congested waters
•    The rapid emergency response by the crew of Typhoon Clipper was a testament to the effectiveness of drills and being preparing for emergencies

Recommendations
This report highlights ambiguities in the Port of London Authority’s regulations regarding the keeping of lookout in vessels with ‘restricted visibility’ and the use of sound signals by vessels intending to enter the Thames fairway, resulting in a safety recommendation (2017/147).
A safety recommendation (2017/148) has also been made to Alison’s owner and operator, Crown River Cruises Limited, to update its safety management system to include procedures for the operation of its workboats.