El Faro’s Captain Most Responsible for the Sinking - US Coastguard 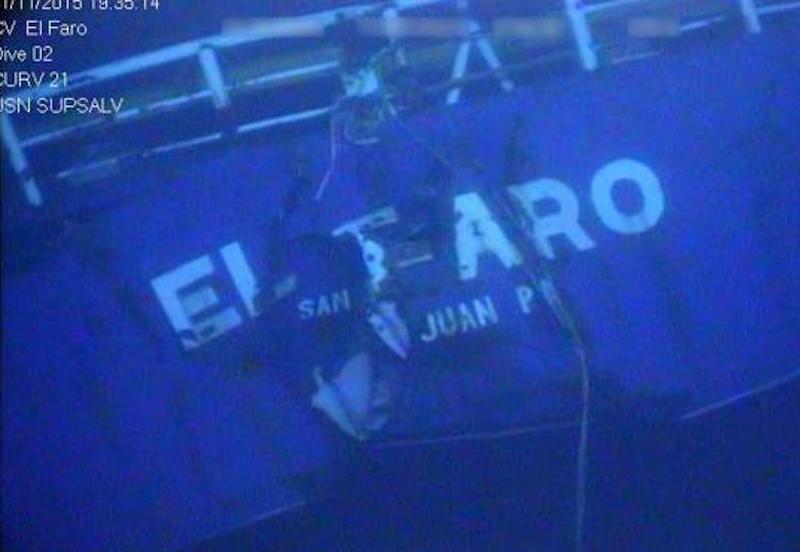 Two years after the sinking of cargo ship El Faro, the US Coast Guard has released a report into the incident, which finds the captain of the ship most responsible for the tragedy.

The Marine Board of Investigation (MBI) concluded that the primary cause of the casualty was the decision to navigate El Faro too close to the path of Hurricane Joaquin. As various weather updates were received onboard El Faro, the Master directed the ship southward of the direct course to San Juan, which was the normal route. The Master’s southern deviation ultimately steered the vessel almost directly towards the strengthening hurricane.

As the MBI expanded the investigation to explore other contributing factors, it uncovered evidence of an ineffective safety management system within the operating company, and failures by both the Coast Guard delegated representative and the Coast Guard itself to provide effective oversight of the vessel’s compliance with safety regulations.

“The publication of our report is the culmination of an extensive effort to determine the cause and identify actions to prevent future casualties. Our thoughts today are about the 33 mariners lost during the casualty and their loved ones. The personal impact of this tragedy was the driving force in our work,” Capt. Jason Neubauer, the Chairman of the MBI, said.

On the morning of October 1, 2015, as Hurricane Joaquin roiled the Atlantic Ocean east of the Bahamas, the Coast Guard received a distress alert from the US-flagged El Faro. During the following week, Coast Guard assets searched 165,500 square miles in an attempt to locate the vessel and rescue the 33 mariners who were on board at the time.

As the search was suspended, the Coast Guard convened a Marine Board of Investigation to collect and analyze evidence and develop recommendations for further actions to improve safety and accountability.