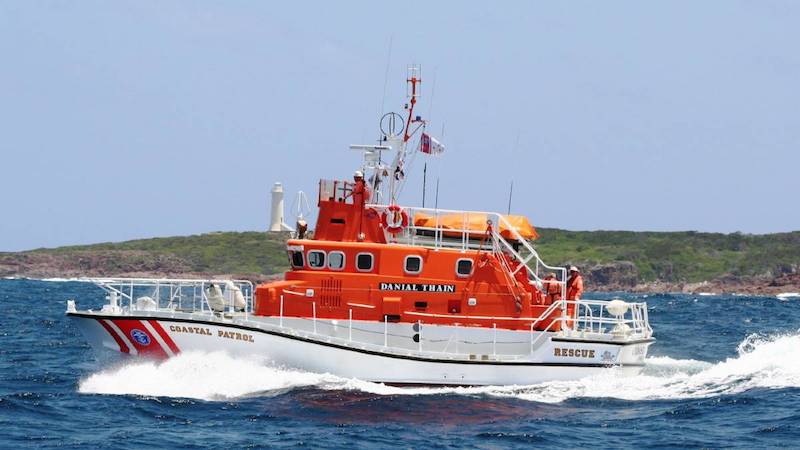 The rescue vessel the Danial Thain has come a long way since it served on the Scottish Coast out of the port of Broughty, Dundee. On Friday 8 September ECA Maritime College in Brisbane took possession - and after being involved in saving hundreds of lives the Danial Thain will now be used training tomorrow's commercial Masters, Engineers and Crew.

ECA Maritime College was started to help the Maritime Industry and Mariners gain access to an alternative in training, reduce the amount of time in the classroom, recognise work practice and get students out and into the industry.

“The fact that the Danial Thain was built in the UK as a rescue vessel for the North Sea makes it one of the best equipped and safest training vessels you'll find,” says Clinton Myles (Harry) skipper and Managing Director ECA Maritime College.

“A goal of ECA Maritime College is to be able to give students the opportunity of working on live projects to gain experience and sea time and this vessel will enable us to do that, for example, with Surveying work, Fast Crew Boat or Port Support Vessel.”

Danial Thain has a rich history which also gives our students the opportunity to gain experience not normally found on a domestic commercial vessel, for example it features a FLIR Thermal Imaging camera, Radio Directional Finder, several GPS plotters, Radar Controls in 2 stations, duplicated VHF and HF radios and much more.

Before coming to ECA Maritime College the Danial Thain worked at Marine Rescue Port Stephens. During it’s time at Marine Rescue NSW it was involved in hundreds of rescues, five of which saw her crew recognised for major national Courage Awards including a Medal of Valour.

For its departure, in recognition of its service, Marine Rescue NSW escorted the Danial Thain amidst a flotilla of vessels drawn from the numerous emergency services operating out of Port Stephens. The Danial Thain fully dressed in semaphore flags.

To find out more about ECA Maritime College visit www.ecamaritimecollege.edu.au or call 07 3390 4443.