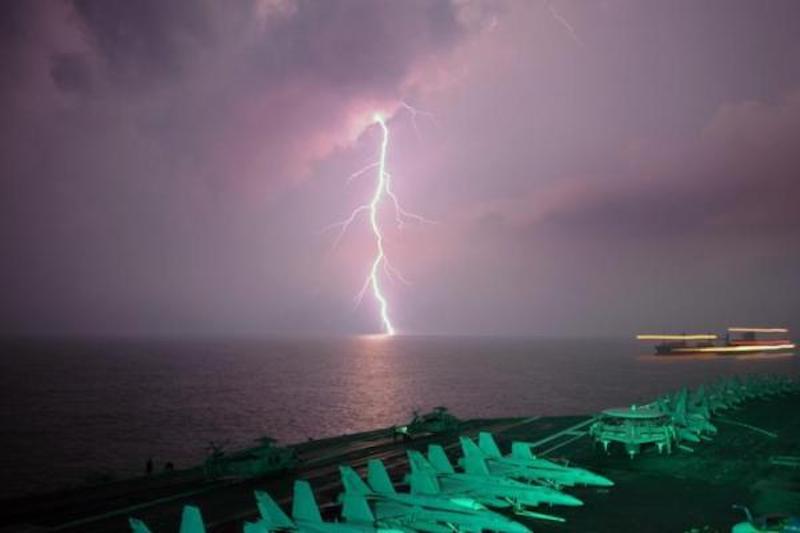 The fumes emitted by the engines of large cargo ships and tankers are encouraging bigger, more intense oceanic thunder storms.

When researchers mapped and analyzed global storm patterns, they found the largest storms tended to form above two the busiest shipping channels

Further analysis showed lightening strikes are twice as likely to occur above shipping lanes in the Indian Ocean and South China Sea than above nearby ocean water with similar climates.

The results of the analysis were accepted were published today in the journal Geophysical Research Letters.

"It's one of the clearest examples of how humans are actually changing the intensity of storm processes on Earth through the emission of particulates from combustion," said Joel Thornton, an atmospheric scientist at the University of Washington in Seattle, said in a news release.

"It is the first time we have, literally, a smoking gun, showing over pristine ocean areas that the lightning amount is more than doubling," added Daniel Rosenfeld, an atmospheric scientist at the Hebrew University of Jerusalem.

Just like cars in congested cities, ship exhaust releases aerosols that can form smog and haze. The tiny particulates serve as cloud-forming nuclei around which water vapor can condense and cling to.

The higher concentration of aerosols above shipping lanes allows water vapor to form a great number of tiny droplets. These lighter clouds can rise higher than clouds with fewer, larger droplets. Thus, a greater number of storm clouds above shipping lanes reach the freezing point, seeding the storm clouds with tiny ice droplets and increasing the prevalence of lightening.

"I think it's a really exciting study because it's the most solid evidence I've seen that aerosol emissions can affect deep convective clouds and intensify them and increase their electrification," said Steven Sherwood, an atmospheric scientist at the University of New South Wales in Sydney, Australia.