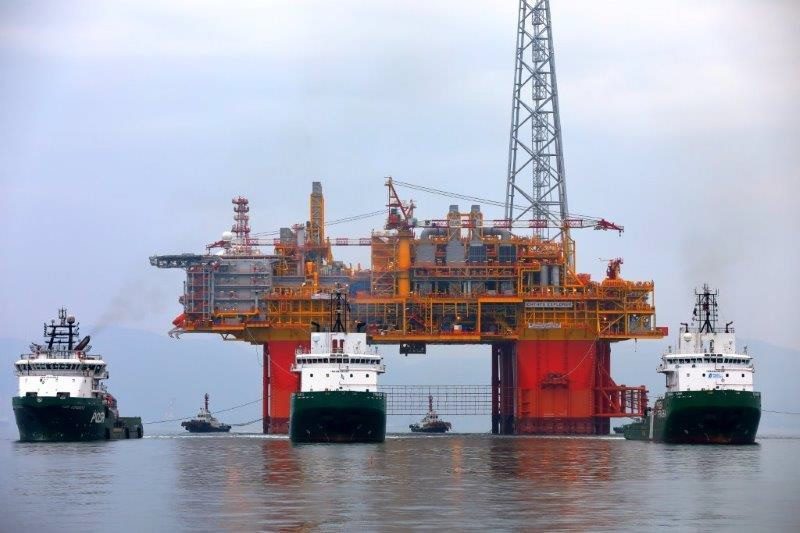 The INPEX-led Ichthys LNG Project is celebrating the safe arrival of the central processing facility (CPF), the world’s largest semi-submersible platform, in the Australian waters of the Browse Basin today.

The massive CPF (named the Ichthys Explorer) weighing 120,000 tonnes and with topsides measuring 130 metres by 120 metres, reached her final destination, 220 kilometres off the north coast of Western Australia, where she will be located for 40 years,

“The safe completion of the 5,600 kilometre tow of the Ichthys Explorer from South Korea to the Ichthys Field, located 450 kilometres north of Broome, is another significant milestone for the Ichthys LNG Project,” Mr Louis Bon, Managing Director, Ichthys Project stated. “The successful 34 day tow is a tribute to our world-class processes and the commitment of our personnel from around the globe” Mr Bon said.

After the Ichthys Explorer is safely moored in the 250-metre deep waters of the Ichthys Field, hook up and commissioning will begin.

The CPF is the central hub for initial offshore processing of all well fluids delivered from an extensive, 130-kilometre network of subsea well infrastructure.

Gas from the CPF will be sent though an 890-kilometre subsea pipeline to the onshore LNG facility, at Bladin Point, near Darwin for processing.

Most condensate and water from the CPF will be transferred to a nearby floating production, storage and offloading facility (FPSO), the Ichthys Venturer.

“The Ichthys LNG Project incorporates some of the world’s largest and most advanced offshore facilities with a continuous operating life of 40 years,” Mr Bon advised.